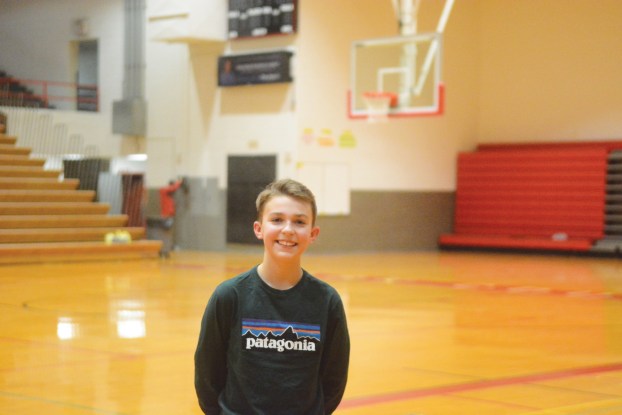 Jaden Nein uses other sports to become a better athlete

Jaden Nein has been playing basketball since he was four years old, which is as long as he can remember.

“Besides playing in leagues, I used to play around the house all the time,” he said. “I was six years old when I started playing at the Y.”

He said he quit baseball for a few years but picked it back up this year.

“There is nothing to do in the summer,” he said. “Besides getting in the gym, I had nothing to do. So, I decided to do something to keep me busy.”

Nein admits he would choose basketball over baseball if he had to.

“I have been around it my whole life,” he said. “It just seems like it is more fun. I love to take it serious and be competitive.”

Nein said his motivation comes from competitors to succeed on the baseball field, basketball court and in the classroom.

Nein wants to wear no. 9 in baseball.

“It’s my name,” he said. “I thought it’d be cool to choose that number because it is basically me.”

Nein wears no. 5 in basketball because it was the number given to him and he had no other option.

When Nein enters high school next year, he is aiming to join the JV squad.

“I don’t want to only play with the freshmen,” he said. “I want to be on the JV teams and get better. I want to be able to do more than just one thing.”

RDC eighth grader Jaylen Berry has been playing basketball since third grade. He also plays football and is a guard... read more