Que Parker excited to return to the football field 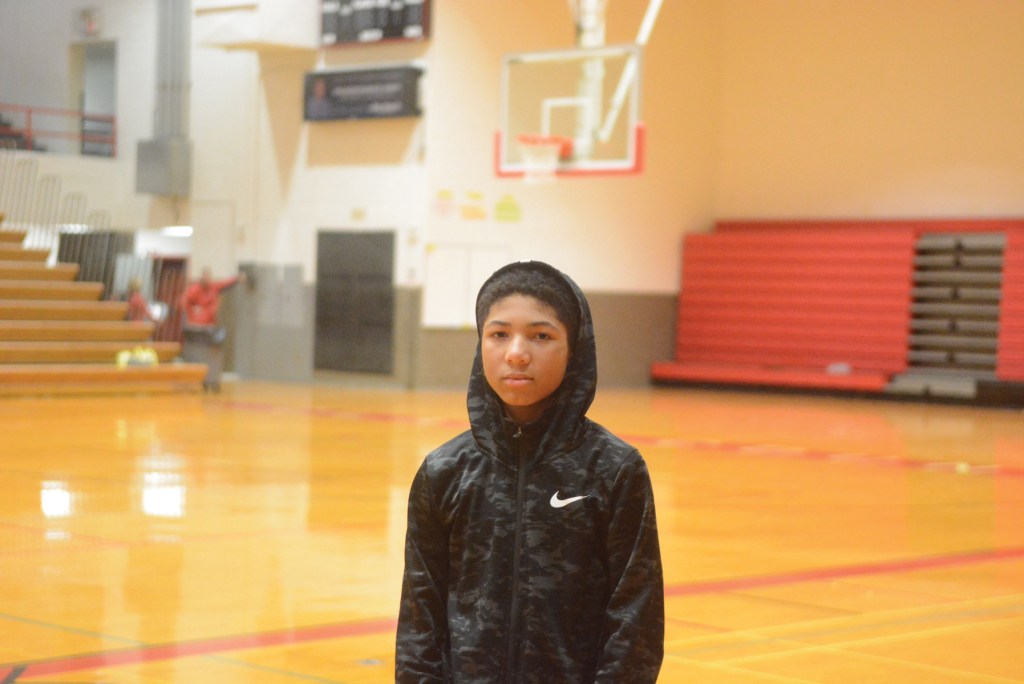 Parker admits he would choose football over basketball if he could only choose one sport. (Photo by Micah Satterly)

Que Parker has been playing basketball for five years.

Parker played football until he wanted to focus on basketball for a while.

He plans on returning to the football field next year in high school.

Parker chose football and basketball because they are the sports that make him feel alive the most.

Parker feels like his strength on the court would be his offensive skills and said he can do it all on the football field.

“I have good passing vision and I can rebound when I need to,” he said. “I am a good blocker in football and I can run the ball and catch passes, too.”

Parker is a diverse player that plays cornerback, wide receiver and is a second-string running back.

Parker said his motivation to play hard in all sports is Kobe Bryant.

“He has the mamba mentality,” he said. “He is always pushing himself to do better. That is what I try to do.”

Parker wears no. 1 in football and wears no. 12 in basketball, but originally wanted no. 2.

“No. 1 is the smallest jersey so that is what I chose,” he said. “It isn’t a bad number at all so I picked it. I had to get no. 12 because we got new jerseys. My first pick was no. 2 and there is really no particular reason why I wanted it.”

Jaden Nein uses other sports to become a better…