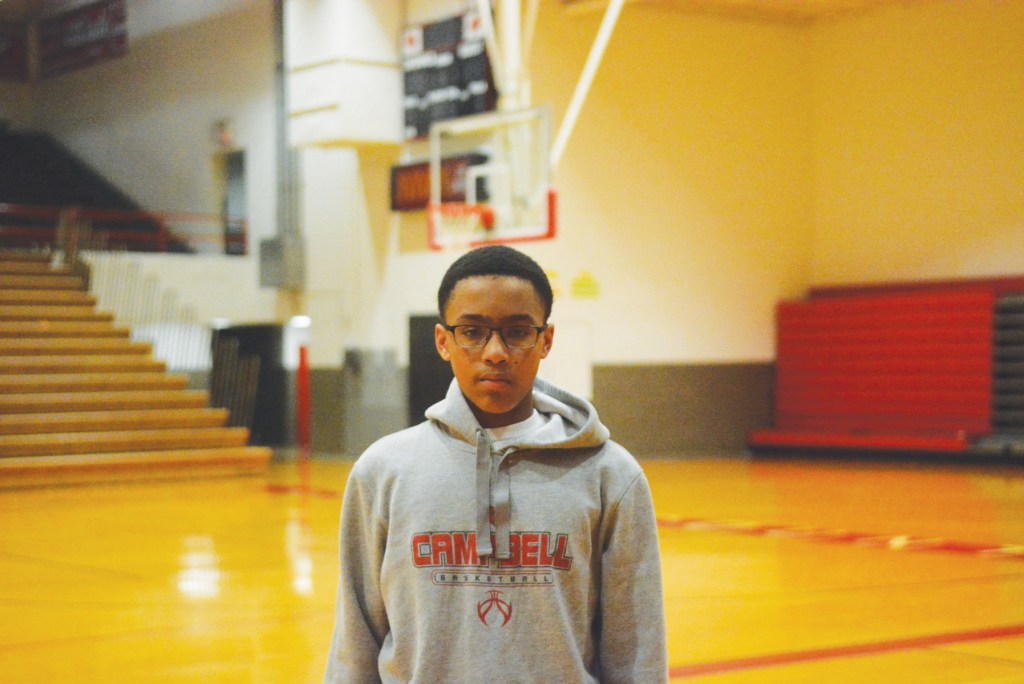 Christian Blackwell has only played basketball for three years and was motivated to play by watching NBA. (Photo by Micah Satterly)

Christian Blackwell did not pick up a basketball until three years ago.

He never played any other sport until he joined the basketball team.

Blackwell said he decided to give basketball a shot after basketball games on TV motivated him.

“I started to watch NBA games,” he said. “I like how they move the ball and I like watching their footwork. It just made me really want to play so I decided to give it a try.”

Blackwell knows his strengths in his game are his offensive skills.

“I can drive to the basket,” he said. “I am a good passer and I can find my open teammates.

Blackwell said he is going to focus on two particular parts of his game for years to come.

Blackwell said his motivation comes from his parents.

“My parents influence me,” he said. “They influence me to try my best and that’s what I do. I always give it my best because they tell me to.”

No. 35 is Blackwell’s number of choice because of NBA superstar Kevin Durant.

“My favorite player is Kevin Durant,” he said. “I like how he can shoot and the handle ball. He is fun to watch and I always enjoy watching him play.”