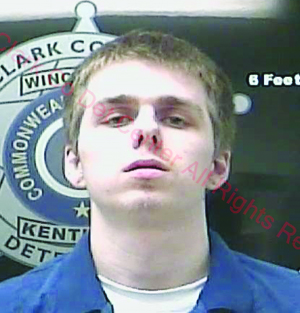 One charged in ‘revenge’ shooting

A Winchester man was seriously injured early Tuesday in what police believe was a retaliation shooting.

The victim, 23-year-old Dalton Rogers, was shot twice while he was in his vehicle near the corner of Lexington Avenue and Arlington Road, Winchester Police Capt. James Hall said. According to court documents, Rogers’ vehicle was shot seven times as well.

One person, 20-year-old Chase Winings of Lexington, has been charged with first-degree assault for allegedly shooting Rogers, though more arrests are expected, Hall said.

The shooting may have stemmed from an alleged robbery hours earlier on Westwood Drive, in which multiple people forced their way into a residence, held a gun to a child’s head, threatened another person and left with cash.

“During the course of the investigation, there were statements made by Mr. Winings and others involved that the victim had robbed someone and taken some money, so they were seeking revenge for that.”

Hall said Winings and others in the vehicle were searching for Rogers in Winchester, when they found him stopped in a store parking lot in his vehicle shortly before 2 a.m. Tuesday. During his interview with police, Hall said Winings eventually admitted to firing at Rogers’ vehicle.

“They pulled up, Mr. Winings rolled down the window and opened fire,” Hall said.

Rogers was unarmed and alone, but managed to drive himself to the Winchester Police Department after being shot, Hall said. Rogers was then transported to the University of Kentucky Medical Center with two collapsed lungs, a lacerated liver, internal bleeding and a bullet lodged near his spine, according to the arrest citation.

The suspects fled the scene as well. Hall said Winings was located later. A search warrant executed at Winings’ home in Lexington led to the weapon used in the shooting, he said.

Wednesday morning, a judge entered an automatic not-guilty plea for Winings in Clark District Court and scheduled a preliminary hearing for Jan. 16. He remains in the Clark County Detention Center on a $100,000 bond.

The Clark County Fiscal Court began its new term by rescinding two orders to use excess fees from the county... read more