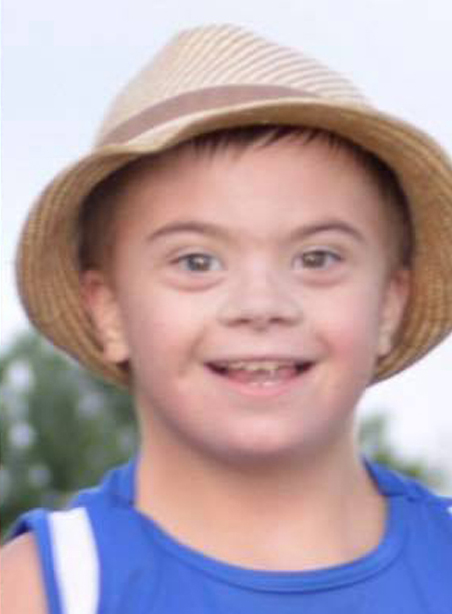 CrossFit Strode Station is hosting a fundraiser to help a Central Kentucky family in need.

The fundraiser is for Levi Vernon, an 8-year-old with Down syndrome. According to the fundraiser page set up by his mom, Levi is mostly nonverbal and has no sense of safety awareness.

“Levi has been slipping away from us in crowded places and trying to leave the house alone this year,” April, Levi’s mother, wrote. “Although we have several safety measures in place, we are terrified of something happening to him as the few words that he can say are not easily understood.”

Levi was approved for a service dog through 4 Paws for Ability in Xenia, Ohio. His dog will train for search and rescue in case he ever gets lost and would be able to perform many other duties to keep him out of harm’s way. The full cost of the dog is between $40,000 and $60,000, and Levi’s family is responsible for $17,000 of this cost.

CFSS Founder Josh Tackett said he had seen Levi’s fundraiser on Facebook, and knew he had to help in some way.

Tackett said he decided to host a fundraiser at 9 a.m. Saturday at their location on Rockwell Road. Everyone is invited to come to work out with an entry fee of $10 per person. Larger donations are welcome.

“Come out sweat, move, raise money for a good cause,” Tackett said.

As of Jan. 2, April Vernon said they had received more than enough donations to get Levi’s dog, and the extra funds will be donated to 4 Paws for Ability to help another child in need receive a service dog. Tackett said CFSS’s proceeds would also help the Vernons with travel costs to Ohio for Levi to train with the dog.

All of the donations raised by CFSS’s fundraiser this weekend will be used to help a child in need.

The fundraiser includes various silent auction items with a minimum bid of $25 on each. Items include Natures Rhythm CBD lotion and 30 mil oil, a three-month CrossFit membership, two 30 minute massages, a Greens Toyota gift basket, a gift card for a hairstylist and two Lularoe items. Individuals interested in bidding can go to CFSS’s Facebook page to bid. Bidding ends Saturday.

“We want to build a healthier community and help people who need it,” Tackett said. “I saw an opportunity to do something and wanted to take advantage.”

Having lunch with the law