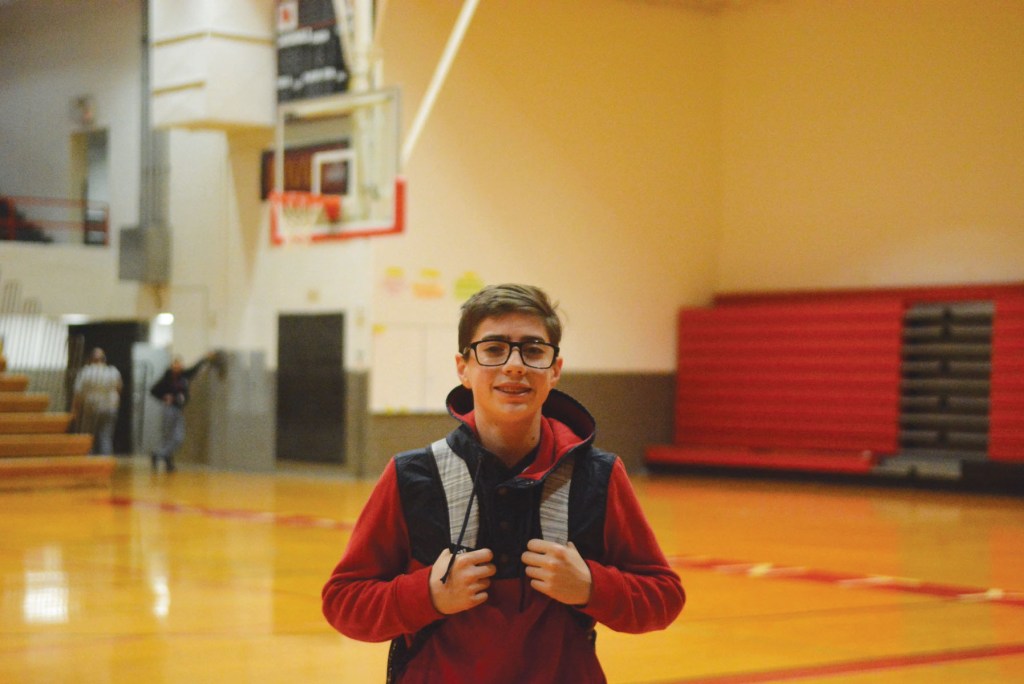 Brady Denham wears no. 18 in football because of Peyton Manning and looks up to Steph Curry in basketball. (Photo by Micah Satterly)

Brady Denham has been playing basketball since he was seven years.

He also plays quarterback in football and said it is his favorite sport.

“I just feel like I’m better at it,” he said. “It comes easier to me although I do enjoy basketball.”

Denham said his strengths on the football field is his arm strength and is confident in his court vision in basketball.

“I have a strong arm and I can throw the ball hard and far in football,” he said. “I can see the court really well in basketball which I think is important.”

Denham wants to work on his shooting skills in basketball and wants to get better at his defensive abilities in football.

“My shooting needs a lot of work still,” he said. “I can’t shoot it very well. I want to work on hitting in football and get stronger. I need to work on my form, too.”

Denham said his motivation comes from his favorite athletes in each sport.

“Peyton Manning is an inspiration to me in football,” he said. “He played quarterback like and I looked up to him. He is the greatest of all time. In basketball, I look up to Steph Curry because he can shoot. Shooting is something I want to get better at so I think it’s cool seeing him shoot the ball the way he does.”

Denham also picked up the no. 18 in football because of Manning.

He wears no. 10 in basketball because it was the number given to him.