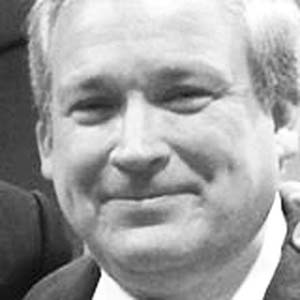 Photos of the state Capitol being tweeted by Gov. Matt Bevin offer an unmistakably dramatic before-and-after contrast showing impressive results of a $1.2 million scrubdown of the century-old building.

Old timers around the Capitol claim some parts of the building have never received such attention.

The governor rightly suggests this “facelift of sorts,” as Kentucky Today calls it, offers a visual equivalence of the economic revival currently underway in the commonwealth, resulting in historically unmatched growth in job creation and economic investment and corresponding removal of prohibitive regulatory obstacles.

Could the newly polished Capitol also offer a preview of coming attractions “of sorts” regarding what will be experienced by our public education system and enjoyed by Kentucky’s families when we finally decide to empower parents to choose where their children attend school?

Bevin favorite Wayne Lewis, the recently appointed Kentucky education commissioner, is doing a stellar job of bringing accountability to a system that will consume $10 billion of the state’s current $22 billion budget.

While Bevin also raised private money to extensive remodel the inside of the Capitol following the external scrubdown, it’s what’s happened outside that’s most impressive.

Lewis is doing a great scrubdown on the inside of Kentucky’s education system.

However, only by returning power over our education program to parents whose children are in the system will Kentucky’s educational facelift be complete.

After all, even the best of schools isn’t always the right fit to educate every child at the highest level.

National School Choice Week on January 20-26 offers an optimum reminder that not only does Kentucky lag behind 43 other states and even Washington, D.C. in terms of options for parents regarding where their children attend schools, but there’s actually been decay even among the scant options available in the past.

One past exception to Kentucky’s general policy that a child’s zip code determines where he attends school has been the district-to-district transfer program which, provided both districts agree, allows the state’s education support funding to follow a student living in one district to another system.

Today, however, only a dwindling number of districts still offer such opportunities, which somewhat improved the chances of at least a few Kentucky parents for finding a better educational fit for their children.

Even these crumbs which once fell from Kentucky’s school-choice table have been scooped up by anti-choice bureaucrats, who, in their lust for money, regard public school students as a kind of bounty property not to be shared with others.

Meanwhile, in other states, not only are parents being invited to the table, they’re deciding the menu and decidedly in charge of their children’s education.

Results in other states confirm the rightness of parental school choice, especially for poor black students who, without alternatives for their parents or guardians, usually get assigned to the worst schools.

That’s no longer happening — at least at the previous levels —  in cities like Atlanta and Cleveland nor states such as Arizona, home of eight of U.S. News and World Report’s top 10 “Best Charter High Schools” in America last year.

Black students in Atlanta’s and Cleveland’s charter schools statistically significantly outscored those cities’ blacks in non-charter public schools in both fourth- and eighth-grade math and reading on the latest National Assessment of Educational Progress (NAEP).

Talk about a stark before-and-after picture for millions of low-income children once trapped in schools that should have been helping them break the cycle of poverty, prison and despair for generations in their families.

Kentucky’s children deserve to be included in such a picture, as well.

According to the American Society for Suicide Prevention, suicide is the second leading cause of death among teens and young... read more