Where in the World: One of America’s ‘forgotten men of history’ 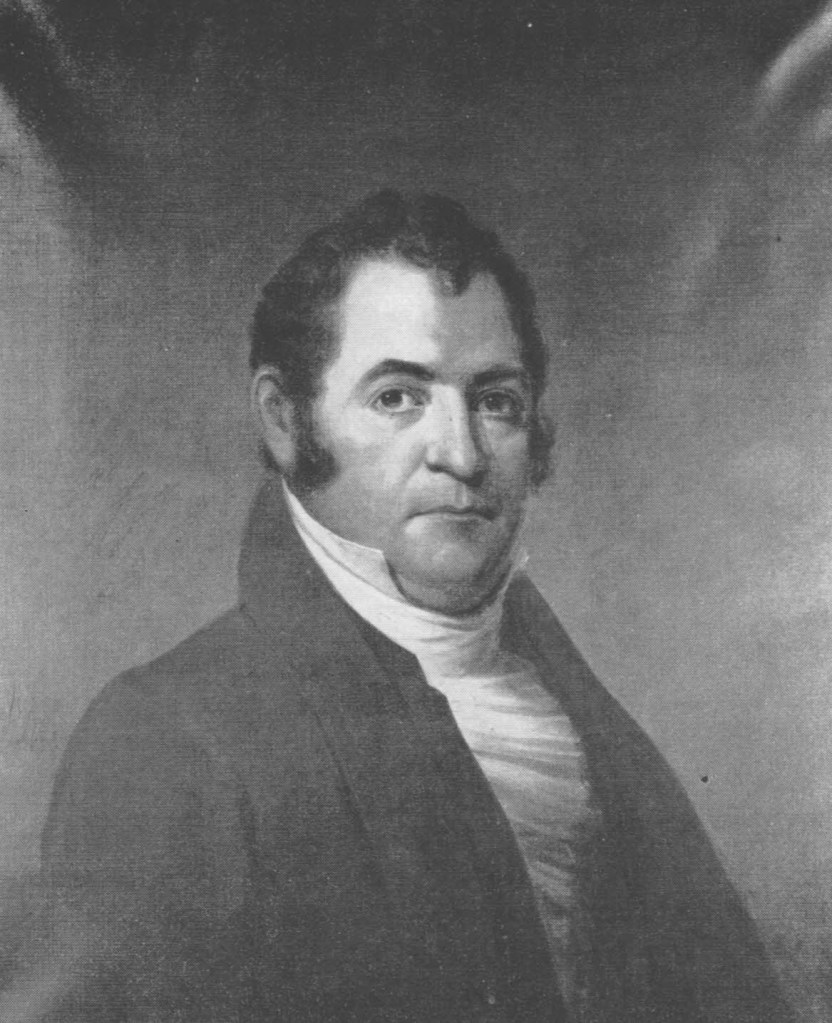 Robert Trimble has been referred to as one of America’s “forgotten men of history.”

Even around here, most people I’ve asked have no idea a U.S. Supreme Court Justice grew up in Clark County.

The simple explanation is his service on the Supreme Court was brief, only two years, because of his untimely death.

However, during that time, he made a lasting impression on those with whom he served.

Chief Justice John Marshall wrote to Henry Clay, “I need not say how deeply I regret the loss of Judge Trimble. He was distinguished for sound sense, uprightness of intention and legal knowledge. His superior cannot be found. I wish we may find his equal.”

Justice Joseph Story, who served with Trimble, wrote this about his colleague: “No one was superior to Trimble in talents, in learning, in acuteness, in sagacity. All admired him for his integrity, firmness, public spirit and unconquerable industry. His judgments were remarkable for clearness, strength, vigor of reasoning and exactness of conclusion. Perhaps no man ever on the bench gained so much in so short a period of his judicial career.”

One indication of the immediate impression he made at the Supreme Court is the number of opinions he authored.

Most new justices during that period spent a few years learning the ropes before Marshall entrusted them to write majority opinions.

During Trimble’s first term in 1827, Marshall wrote 15 of the opinions himself. Story, who had been on the court for 15 years, wrote nine, and Trimble wrote nine. The other four justices wrote a total of 13 between them.

In the famous case of Ogden v. Saunders, Trimble had the distinction of writing the only majority opinion ever dissented to by John Marshall in his 34 years on the bench.

Several of Trimble’s other opinions are considered landmark decisions, but their subject matter is too arcane for yours truly to explain.

The Trimbles were Scotch-Irish who came over in 1832.

His parents settled on the Virginia frontier where he was born in Berkeley County Nov. 17, 1776.

They came to Kentucky with the McMillan family in 1779.

James, a school teacher, was a native of Scotland who had studied at the University of Edinburgh.

On their trip to Kentucky, Mary’s brother John was killed by Indians. She gave birth to a daughter one night, and the next day mounted her horse and resumed the journey with three-year-old Robert in tow.

The Trimbles and McMillans stopped at Boonesborough for several years before settling into their respective cabins on Lower Howard’s Creek in 1784, the year the Bush Settlement got underway.

William Trimble farmed and operated a distillery (on land now a part of Lower Howard’s Creek Nature and Heritage Preserve).

During the Whiskey Rebellion he was accused of distilling “spirituous liquors without a license” (1798). His case was the first in Kentucky to go to trial under the federal revenue act. He claimed innocence and the jury, largely composed of other distillers, agreed.

Robert Trimble’s first teacher was his grandfather, James McMillan, who taught the boy to “read their Testaments in the original Greek.”

He enrolled briefly as a student at the Kentucky Academy at Pisgah, then entered Transylvania University to read law under George Nicholas, an author of Kentucky’s Constitution and its first attorney general.

The year 1803 saw Trimble, having settled in Paris, admitted to the bar, elected to the Kentucky House of Representatives and married to Nancy Timberlake (they would have at least 10 children).

Finding politics not to his taste, he refused to ever run for another elective office.

He was commissioned a judge of the Kentucky Court of Appeals in 1807, a high honor for so young an attorney. Trimble resigned after one year saying he could not raise a family on the “meager salary.”

Trimble returned to private practice in Paris and attended to civic duties.

When appointed Chief Justice of Kentucky in 1810, he declined to serve.

When Trimble began his first term in January 1827, the court met in a tiny room in the Capitol, later turned into a library.

Sitting judges did not bring their families to Washington. They all lived together in a boarding house presided over by the chief justice.

After the 1828 term, Trimble returned to Paris.

That summer he was stricken with a recurrence of bilious fever that had troubled him for years. On Aug. 25 he succumbed to the disease. (“Bilious fever” could have been any of a number of different diseases recognized today.)

He was buried in Paris Cemetery with Masonic services. His grave is marked by a “25 foot shaft of polished red granite.”

Although Robert Trimble is not well remembered today, his two-year record on the court produced much and promised even more.

Court historians rank his performance far higher than many Supreme Court justices who served much longer.

One claimed no other justice “occupying the position for so short a time, placed the result of his labor in so conspicuous a form.”