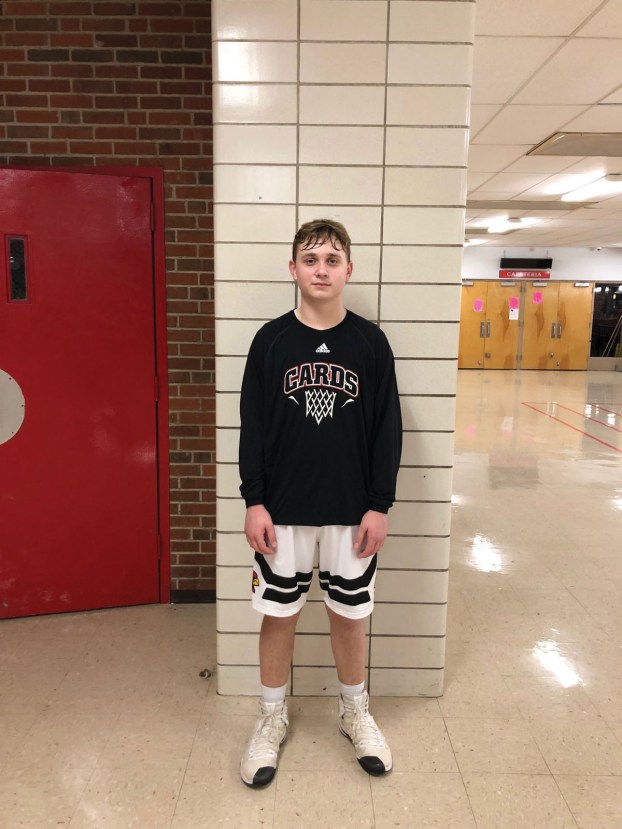 Brady Davis picked no. 99 in baseball because of Yankees star Aaron Judge. (Photo by Micah Satterly)

Davis is another seventh grader that sees a significant amount of time for the eighth graders.

He also played football, baseball and basketball but decided to drop football.

“Football is kind of a rough sport,” he said. “That is not really my type.”

Davis said his strengths in basketball would be how dominant he is in the paint.

“I am bigger than most kids,” he said. “I do a good job of rebounding and I score down low.”

He said his arm strength in baseball is his strength.

“I can throw the ball really hard,” he said. “Don’t know how, but I have always had a strong arm.”

Davis admits he wants to keep working on his shot in basketball and his fielding skills in baseball.

Davis said his motivation comes from his parents.

“They teach me all kinds of stuff,” he said. “They support me in sports and love to see my succeed. It makes me happy when I see them cheering in the stands.”