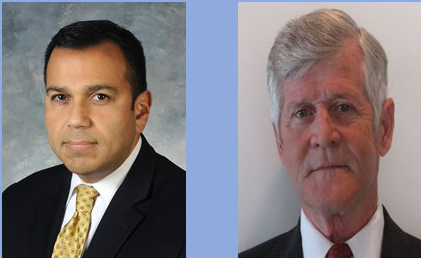 Clark County’s state legislators will speak to residents in their first community forum for this session.

State Sen. Ralph Alvarado and state Rep. Les Yates are scheduled to participate in a legislative update at 6:30 p.m. Wednesday at the Clark County Public Library, 370 S. Burns Ave. The event is open to the public.

This year’s legislative session is the short 30-day session to address a number of bills. The budget is only set during the even year sessions.

This year’s session began Jan. 8 and met for four days, before adjourning until Feb. 6. The last day of the session is scheduled for March 29.

Yates (R-Winchester) is beginning his first term as state representative for Clark and a portion of Madison counties.

Early discussions in this session have focused on a school safety bill. Alvarado filed a number of bills focusing on health care and on local tax rates and how they could be recalled.

The legislative update is sponsored by the Winchester-Clark County Chamber of Commerce.

For more than a decade, Paul Richardson has staffed Winchester’s fire trucks and, on occasion, ambulances as a firefighter and... read more