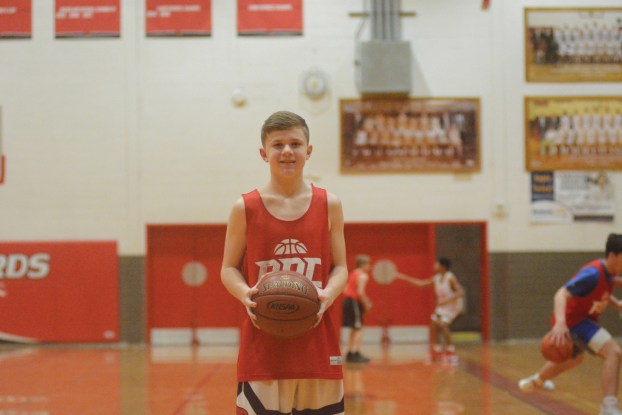 Sam Clements influenced by friends to step on the court

He took a short break, but returned to the court this season.

Clements used to play soccer and baseball, but now has narrowed his choices down to football and basketball.

“I’ve been playing football since I was five,” he said. “I’ve always liked it and the contact that comes with it. All my friends play basketball so I tried out and made the team. I’ve had a great time playing with them.”

Clements said his strength on the court is his ability to knock down shots.

“I can shoot the ball pretty well,” he said. “Especially if I am wide open, I feel confident the shot is going in although that doesn’t always happen.”

Clements still wants to put in a lot of work to become better on the court and on the field.

“I’ve got to work on my dribbling,” he said. “I want to play quarterback so I need to get better at reading different defenses.”

Clements said he is hungry for success because of the faith his mom has in him.

“My mom is my everything,” he said. “She pushes me hard to do my best and it works. I always want to make her happy because she makes me happy.”

Clements wears no. 24 in basketball and football because of his favorite NFL player.

“My favorite running back is Marshawn Lynch,” he said. “That was his number so it is the number I wanted and luckily I got it.”

Clements has a wide taste of music preferences to help him on game days or to get focused in general.

“Rap and country are my favorites,” he said. “There are too many artists for me to name. I like all kinds.”

GRC gets a scare, comes up big down the stretch

The George Rogers Clark Cardinals got all they could handle Tuesday against the Bourbon County Colonels as the Cards snuck... read more