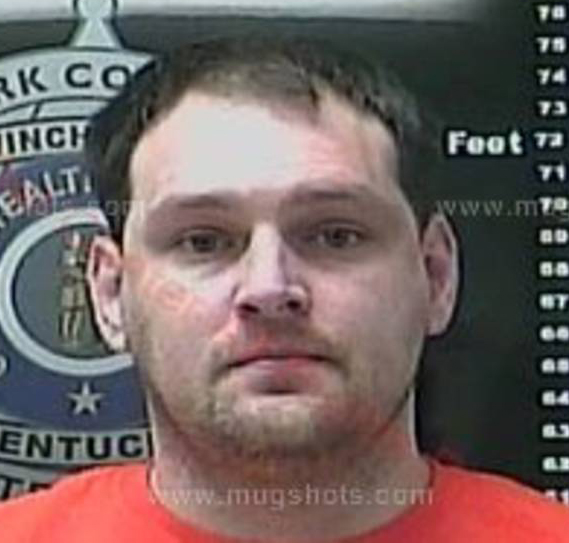 A man accused of leaking information about 14,200 HIV patients in Singapore was arrested on other charges in Clark County.

Mikhy K. Farrera-Brochez, 34, of Lexington, was identified as the suspect in the leak Monday by Singapore’s Ministry of Health, according to Channel News Asia.

Local court records indicate Farrera-Brochez was arrested in Clark County on Dec. 8, 2018, after refusing to leave his mother’s home. According to court documents, Clark County Sheriff’s deputies were called to her home on L&E Junction Road after Farrera-Brochez was banging on the door and refused to leave. Farrera-Brochez refused several verbal commands to leave and told the deputy he wanted to ask about some of his property at the residence and to talk to the sheriff.

Deputies responded to a similar call in September 2018 and Farrera-Brochez was warned if he returned to the property, he would be arrested for trespassing.

Farrera-Brochez was arrested for third-degree criminal trespassing and taken to the Clark County Detention Center, where he was later released on his own recognizance. He pleaded not guilty during his arraignment in Clark District Court Jan. 18 and is scheduled for a trial Feb. 18.

Farrera-Brochez was deported from Singapore in April 2018 after serving a 28-month sentence for lying about his HIV status, fraud and drug offenses. According to Channel News Asia, Farrera-Brochez is wanted on new charges related to the leak.

The Straits Times, an English-language newspaper in Singapore, reported Farrera-Brochez and his boyfriend, 36-year-old Ler Teck Siang, were at the center of the data leak. The two met online and Farrera-Brochez livedin Singaport on an employment pass for eight years beginning in 2008.

The newspaper reported Ler, a general practitioner, falsified Farrera-Brochez’s blood test to hide his HIV status, as HIV-positive foreigners are not allowed to work in Singapore.

Ler was head of the Ministry of Health’s National Public Health Unit from March 2012 to May 2013, and had access to the HIV database. He allegedly mishandled information which led to the leak. He has been charged with failing to take reasonable care of confidential information regarding HIV-positive patients, according to The Straits Times. The charge is still pending.

Come right up close, and the cast of “James and the Giant Peach” will show its audience something wonderful. Director... read more