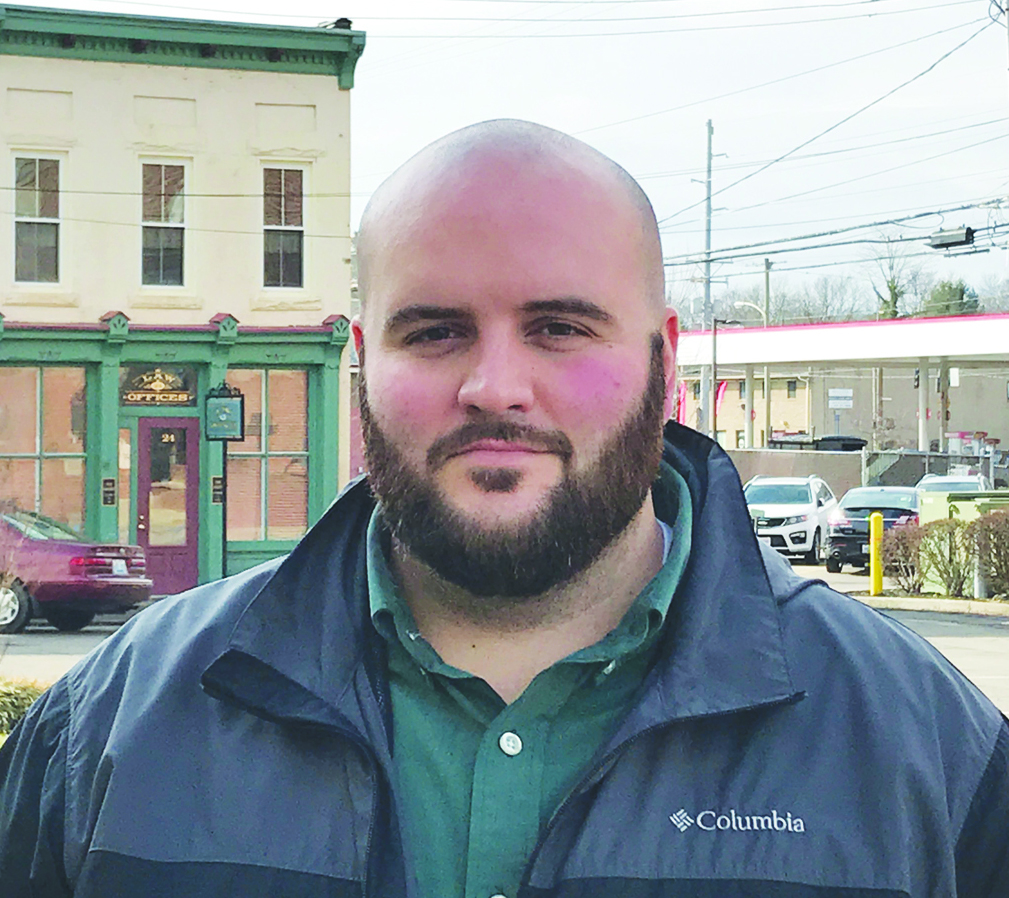 Mason McCord became fascinated with maps from his history books in school.

“Studying history, I came across a lot of maps and history, especially battlefield maps,” he said. “They were well-drawn and meticulously done.”

McCord started working in the GIS office about a year ago after graduating from Eastern Kentucky University with a degree in geoscience while focusing on GIS-type work, he said. For the past year, he’s been learning about GIS from the ground floor.

The GIS office, he said, can produce aerial images of about any portion of Clark County. From there, they can isolate or mark items on the image according to requests.

“If there’s something on the surface of the Earth they want a large image of, we can make that happen,” he said. “Folks come in looking for an idea of what flood plains might look like on their property,” he said. “We do a lot of work for Winchester Municipal Utilities. We help them streamline their hydrant flushings.”

McCord said he has had requests to identify cemeteries or isolate bridges. It’s all about what the person wants, and getting on the same page to produce what they need.

“As long as we have the data, we’ll help anyone we can,” he said.

Every couple years, the GIS Consortium will hire a company to take new aerial photos using a grid pattern of Clark County for the office.

“They take the images back to their office and piece them together seamlessly to make one huge image,” he said.

That master image will then be used for other requests, he said, and show the latest changes in the county.

“New projects go up and properties change hands,” he said. ‘It’s important for us to know when things are coming. Images taken in 2012 may not be applicable in 2019.”

McCord said he spends most of his time in the office maintaining databases of information and making sure the information is up to date. There are times he goes out in the field to gather additional information as well.

“I enjoy tracking down things in the field,” he said. “More than that is the project management work. Say someone comes in and they want a map done. It’s fun to take an idea and get it into a manageable form and get a project the customer is happy with.”