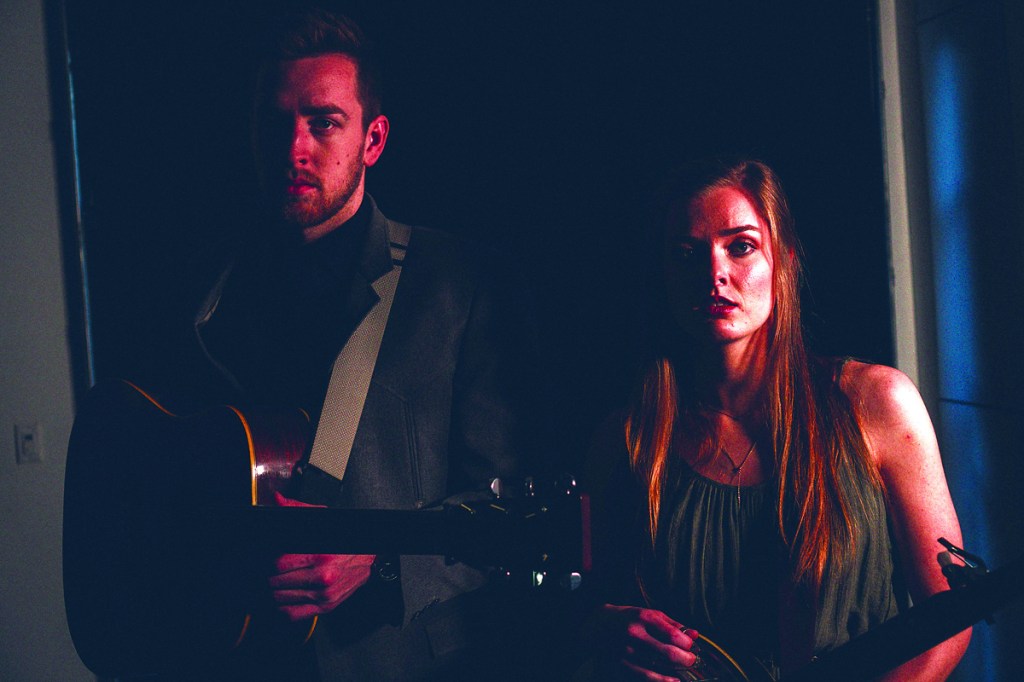 Siblings and Winchester natives Theo and Brenna MacMillan formed a bluegrass band, Theo & Brenna, in May 2018 in Nashville. They debut their first album on March 31. (Photo submitted)

Siblings Theo and Brenna MacMillan are coming home to celebrate the release of their debut bluegrass record.

The Winchester natives formed Theo & Brenna, a bluegrass band based in Nashville, in May 2018. They released their single “When You Go” with an accompanying video of the same name Jan 31. They plan to release their next single and video Feb. 28.

Theo & Brenna will have their album release party and concert at The Burl in Lexington on March 31. The album, along with merchandise, will be available for sale at the show. Tickets are available online and cost $8.

“I think we wouldn’t want to play it or show it anywhere else,” Theo said. “The Burl is a super cool venue. It’s very much like a venue we like to go to in Nashville. It has a similar vibe and a similar number of seats. I can’t imagine a place I’d want to play more to introduce our music, our sound.”

Theo said Al, Alice & Ruth are the opening band and will perform for about 30 minutes before Theo & Brenna’s hour and a half set. He said he wants to make sure he honors his roots.

“We live in Nashville, conveniently for the music industry, but we belong to Kentucky,” Theo said.

Brenna said she is excited to share her music with the community she calls home, especially friends and family who have seen her musical progression over the years.

Growing up, Brenna, now 23, and Theo, 25, performed in local choirs, churches, family concerts and talent shows including the Pioneer Festival.  Brenna began to play the banjo when she was 9, which led to Theo’s introduction to bluegrass that same year.

In college, Brenna joined Theo in the college bluegrass band, an experience that solidified their “latent love” for playing bluegrass music.

Theo played with the Bluegrass Ensemble for three years, singing lead, harmonies and playing fiddle which led to his involvement in a full-length bluegrass album, many production-level concerts, occasional tours and production of a popular music video for Al White’s bluegrass arrangement of “Carol of the Bells,” which debuted December 2016, according to their website.

During his senior year, Berea College gave Theo the Red Foley Memorial Music Award for his role in the Bluegrass Ensemble and his active involvement promoting roots music on campus. After graduation, Theo used the academic award money to move to Nashville. He currently works as a software engineer.

Brenna toured with the Berea College Bluegrass Ensemble in the United States and Europe and was also the recipient of the Red Foley Memorial Music Award in 2018.

She completed her bachelor’s in chemistry and then joined her brother in Nashville in May 2018. Since then, they have worked nonstop to put out their upcoming album. The album will feature seven songs: five originals, one Chris Stapleton cover and a hymn.

Theo said the album is a mixture of gritty, sad, thought-provoking and sad songs.

“One of my favorites, I think, is Brenna’s song on the album, ‘Little Goat,’” he said. “It’s not going to be a single, but I have a feeling people will be drawn to it. It’s one of the most honest songs I’ve ever heard. It’s easily my favorite song on the album… It talks about mental illness, pain from the past and trying to get over extreme mental trauma.”

Overall, Theo said he thinks the album paints a picture of redemption and reflection.

Brenna said the album also has an upbeat and exciting instrumental she wrote while watching a tree frog hopping around.

The siblings said they invite everyone to come to the show and encourage people to listen to the released singles to show support.

“This is our most important show of the year,” Theo said. “We can play all kinds of venues, but this is a thank you and a celebration to everyone who always supported us… We want to come back and play for our hometown, Winchester, and the people that made and shaped all of the music we make today.”