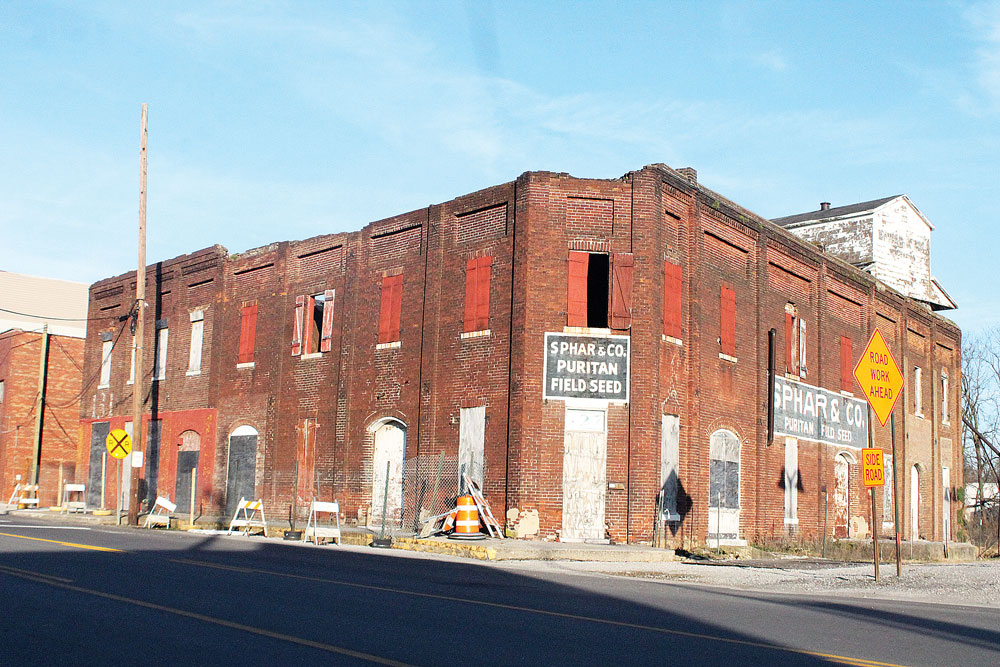 The property where the Sphar building sits will be redeveloped without the century-old brick warehouse as part of the project.

The Winchester Board of Commissioners voted unanimously Tuesday to demolish the building and find another use for the property at the corner of North Main and Depot streets.

City officials worked for several years to rebuild and restore the building into a welcome center for Winchester, office space for some government departments and other uses.

“This is a tough, tough night for me because I really believed in the project,” City Commissioner Kitty Strode said. “I think we’ve come to the point we have to accept reality. The building is falling in.”

The city, through a number of grants, partnerships and pledges, had secured about $2 million. The second round of bids for the project, though, were in the $3 million range.

Discussions with at least three possible private investors were unsuccessful.

The Clark County Fiscal Court voted to return a $500,000 grant it received for the project and a pledge of $50,000 from the previous county attorney went away following the 2018 election.

As time went, though, the building continued to deteriorate and destabilize. During the winter of 2017-18, there were multiple roof collapses following snow. Recent drone footage showed gaping holes in the roof.

“We’ve been very fortunate in terms of the collapses as they have fallen onto itself” and not the sidewalks or streets, Winchester City Manager Matt Belcher said.

In the end, the building was just too far gone to save.

“In my judgment, it’s time to move ahead with the demolition of the building,” Winchester Mayor Ed Burtner said. “It is time for us to make a decision on the future of the building.”

“We’ve been up and down this road a couple times,” Commissioner Shannon Cox said. “I had high hopes for this building. It’s time to let go. It can’t be fixed.”

At this point, there are no plans in place for the property, Belcher said. The demolition will have to go through the bid process. The commission’s vote Tuesday included ongoing discussions for other uses for the property.

“We’re going to move forward,” said Commissioner Ramsey Flynn, who volunteered to serve on the committee. “We’re not going to leave a hole in the ground.”

“The city doesn’t plan to flatten, fill and forget,” Commissioner JoEllen Reed said. “I’m excited about what can happen there. It’s a great opportunity to reimagine that area.”

The city acquired the building in 2014 after finding a number of code violations. The 138-year-old building has had a number of uses through the years, including as a seed warehouse along the railroad tracks through downtown Winchester.

Belcher said several funding issues need to be straightened out, including whether the $1 million Transportation Enhancement grant can be reallocated or not.

In other action, the commission:

— discussed plans for a new welcome sign to the city on Maple Street, but took no action.

— accepted a quote of $17,154.60 from A&P Construction to move and install fencing at the Kroger Youth Soccer Complex.