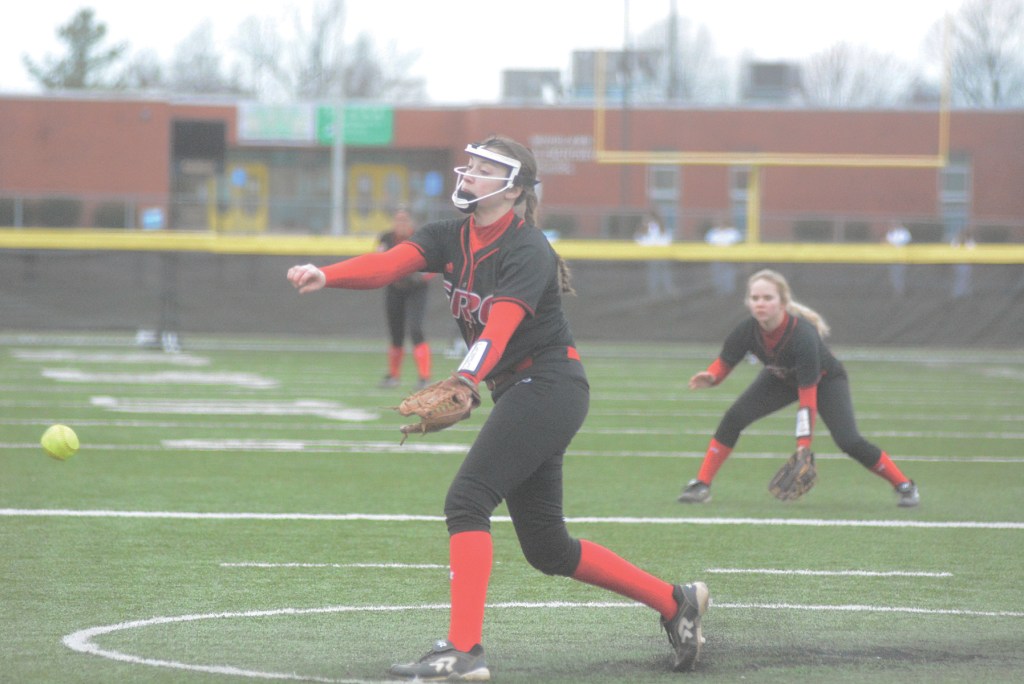 Courtney Miles throws a pitch in the first inning Tuesday against Boyle County in a 5-0 exhibition loss. (Photo by Micah Satterly)

The George Rogers Clark Lady Cardinals were defeated in their first scrimmage of the season 5-0 to the Boyle County Rebels Tuesday.

Courtney Miles and Marly Rogers secured hits for GRC with Miles leading the way with two.

Despite the loss, head coach Daniel Rogers likes where his team stands in the preseason.

“It was only the first scrimmage of the year and we’ve only been out on the field like four times,” he said. “I thought we looked pretty good for about three or four innings. I thought our defense was pretty solid early on. We played Boyle County who was the 12th Region champs last year so I thought we did pretty good.”

GRC will host  Mason County to begin the regular season next week and Rogers said everyone is excited to get started again.

“We’re chopping at the bits to get back outside,” he said. “We’re ready to go. I think we’ve got a pretty good squad this year so we’ll see how it goes.”

Rogers said it’s too early determine his team’s strengths and weaknesses, but has an idea of what they are so far.

“It’s hard to say what we’re good at and not good at right now,” he said. “It’s so early. This was the first live-pitching that we’ve seen. We’ve done a little bit during practice, but I think our bats will be pretty strong. I think our pitching will the key this year. I think that will be the big surprise.”

The Lady Cards will take the field against the Lady Royals 6 p.m. Monday.