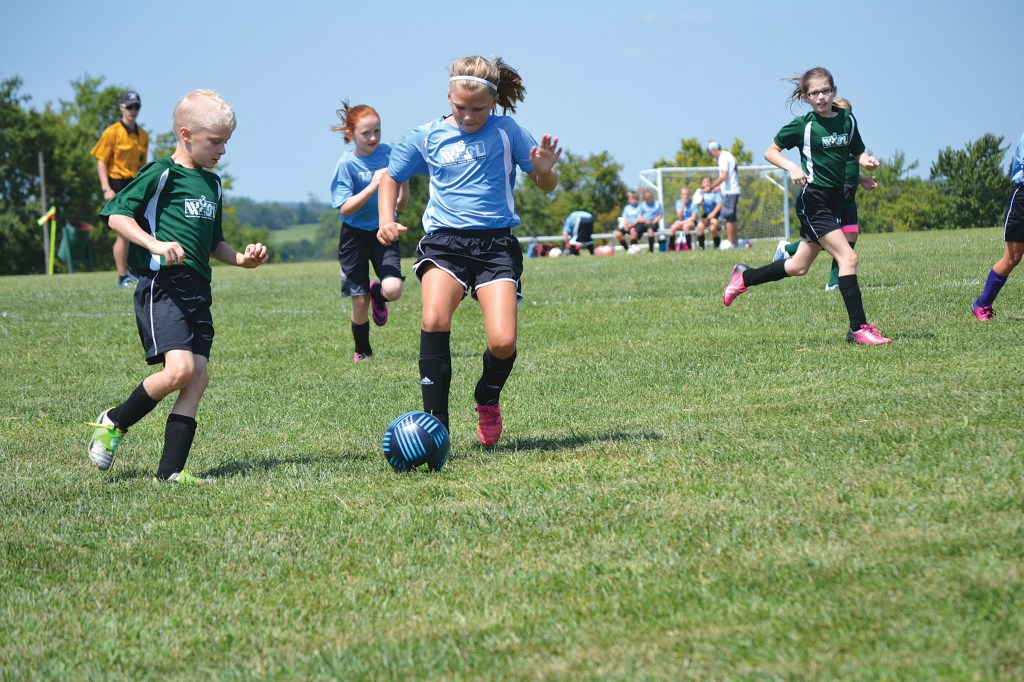 The Winchester Youth Soccer League will be returning for the 2019 season March 23. (Photo by Mike Caldwell)

The Winchester Youth Soccer League 2019 will be returning in full effect.

This year, there are more kids participating in the spring season than ever before.

In the fall, there were over 330 kids registered and there are over 370 for the spring league, which the board members said is proof on how much the sport is growing within the community.

The league was originally opening this weekend but was reschedule until March 23.

President of WYSL Aymie Oliver-Wedwick said the community is ecstatic for the season to begin.

“We’re extremely excited,” she said. “We have our biggest numbers in the spring that we’ve ever had before. We usually have fewer kids because of other sports like tee-ball or baseball overlapping it. This spring, we actually have more players than we did in the fall. We’re also going to host a 3v3 tournament when the season ends. We’ll also have our usual soccer camp later in June and it’s been great to see how excited the community is about soccer and provide them with more opportunities to play.”

Oliver-Wedwick said the league is crucial to kids who want the opportunity to be able to grow in the sport.

“It’s extremely important,” she said. “It’s a great sport that’s easy to do. You pick up a ball and kick it around. It develops them to be team players, communicate and have fun. All that matters is for the kids to have fun.”

Oliver-Wedwick said the objective of the league is to teach kids what it means to have fun.

Director of Facilities Rob Jeffries said it is an opportunity for the kids in the community to develop other skills as well aside from kicking a soccer ball.

“We want them to create a love for soccer,” he said. “We want them to understand respect, friendships and how to apply the things you learn on the field into their daily lives. These kids will become leaders in our communities and we want to give them a sense of leadership development. Respect is something we encourage at a young age and to treat others with respect so they can become great leaders.”