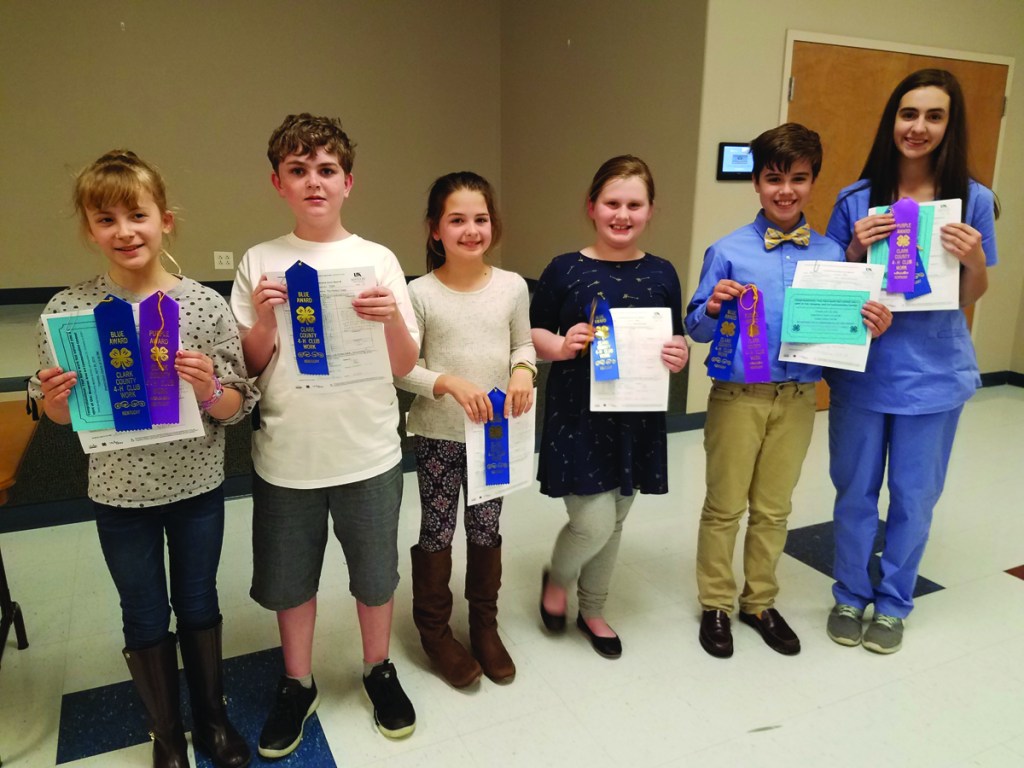 Providing youth with opportunities to develop communication skills is of great importance to the Clark County 4-H Program.

Clark County 4-H Agents and stakeholders recognize the development of communications skills are preeminent in growing as an individual, community member and as a leader.

Because of partnerships with teachers throughout the county and community partners who help organize and carry out the multiple events, this high-priority 4-H program culminates at State 4-H Communications Day at the University of Kentucky in July.

From Clark County, five youth have advanced through classroom-level, county-level and area-level competitions to compete at the State 4-H Communications Day.

To compete at the Bluegrass Area Communications Contest, participants must have advanced from the County-level. The following individuals competed at the Area-level with their demonstrations and speeches:

Alissa Pasley won the 12- to 13-year-old mock interview in the county contest, but this is not a division offered at advanced levels.

At the Clark County 4-H Communications Contest, many youths presented demonstrations, engaged in mock interviews, and gave speeches throughout the two-day event.

The Pet Corner: Thinking of pets as domesticated animals