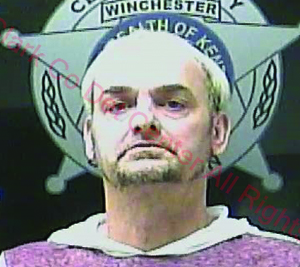 A Clark County man facing sexual abuse charges withdrew his guilty plea Thursday moments before he was to be sentenced.

Terrell Cain-Byington, 55, of 500 Treehaven Drive, pleaded guilty in April to charges of tampering with physical evidence, first-degree sexual abuse and use of an electronic communications system to procure a minor for sex.

Cain-Byington took a offer to waive an indictment by the grand jury and proceed directly to Clark Circuit Court, where he was expected to plead guilty as part of the rocket docket program.

“He’s completely denied everything in all interviews,” Logue said. “I don’t normally (allow a plea to be withdrawn) but it has such ramifications and he seems so adamant.”

Logue said one statement indicated someone else used his phone. Detectives said they found deleted texts with the victim and nude photos of another juvenile on his phone.

The terms of the plea agreement called for Cain-Byington to serve one year for each charge.