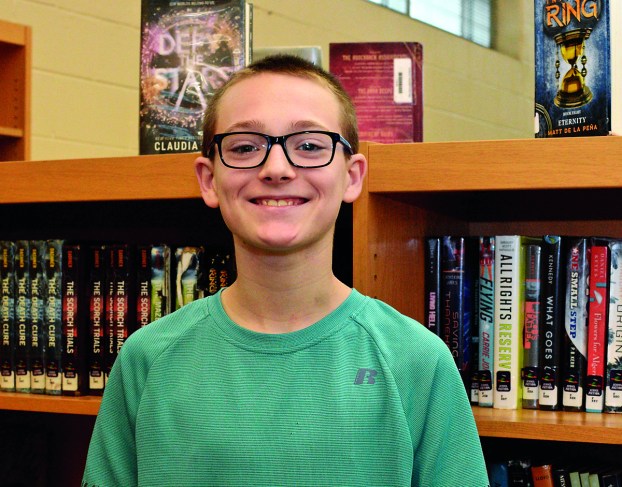 About three years ago, Landon Runyon and his family were on a trip to Disney World.

The Florida heat started to take its toll on Landon’s younger brother, Levi, who has autism.

“I’ve always been noticeable about autism,” Landon said. “I always love taking care of children who had things like autism, but it sparked for me at Disney World. My little brother, who has autism, wanted to go on this merry-go-round, but it was way too hot outside.”

Levi, who was 1 at the time, didn’t like the heat. He started crying, and as his family began to move toward the shade and hand him water, Landon overheard a nearby conversation amongst a mother and her daughter.

“There was this family in front of us, and a little girl asked, ‘Mommy, why is that little boy crying?’ and the mother responded, ‘Oh, he’s just a little spoiled brat,’” Landon said. “When I found out about that, this fire sparked inside me, and I knew I had to do something about it.”

And Landon is doing something about it.

“There’s not a lot of autism awareness, not in Winchester,” Landon said. “So, I just wanted to bring that to Winchester so that we can have some sense of knowledge.”

The event sparked from RDC’s Amazing Shake, an initiative that emphasizes teaching students manners, discipline, respect and professional conduct. Campbell students participating in Amazing Shake choose a project to organize and conduct that involves the community outside of RDC.

“I’ve always wanted to do something for autism awareness,” Landon said. “So I decided to plan this event.”

Landon said he did most of the planning for the event in his mind, but his mother and grandmother helped a lot, too.

Last week, Landon presented to the city commission in hopes of drawing a large crowd to the event on Oct. 30.

“If they come out to this event, hopefully, they will be able to learn something new that they didn’t know,” Landon said “Learning is always good for you. And it will just help your everyday life because we see people with autism every day, not knowing. But if they were to learn more about autism, they could be more considerate or caring about everybody, and everybody’s needs.”

“We plan to have a lot of games and hopefully have a bounce house,” Landon said. “And there’s a lot of sensory-friendly things that we can do.”

Landon invites attendees to dress up in their favorite Halloween costume. Levi, who is now 4, is coming as a cowboy.

Everyone needs a community, Landon said, so he wanted to invite all families in Clark County to the autism sensory event to help put together “Hope Kits.” Attendees can bring items for the hope kits such as crayons, stamps, doodle pads, Play-Doh, cookie cutters, fidget spinners, social stories, stickers and more. Landon recently received his first donation of headphones.

Landon said each family could assemble a kit and decide what they want to put in it.

Landon said he hopes people who come to the event will learn more about people with autism.

“Like most people don’t know that children who have autism can be nonverbal because of the stress that they go through, which can make it hard in public to get along and make friends,” Landon said. “So, I just hope that people in the community will be able to learn more about autism and be aware that it is a thing.”

Landon said he also hopes its a way for families of children with autism to come together to share stories, support and more.

Landon said he wants people to know while children — or adults — with autism may be different, they deserve the same respect and love as everyone else.

Landon said he and Levi even play together as any other siblings would.

“Sometimes he has a fit, like if you take the wrong toy,” Landon said. “But all you have to do is say, ‘Levi, how about we take turns?’… and eventually, it all works out.”

In between his time reading, playing video games, swimming, competing with the RDC Academic Team or working on STLP projects, Landon said he might plan a larger scale autism awareness sensory event in the future.

“I feel like we just need more autism awareness here in Winchester,” he said.