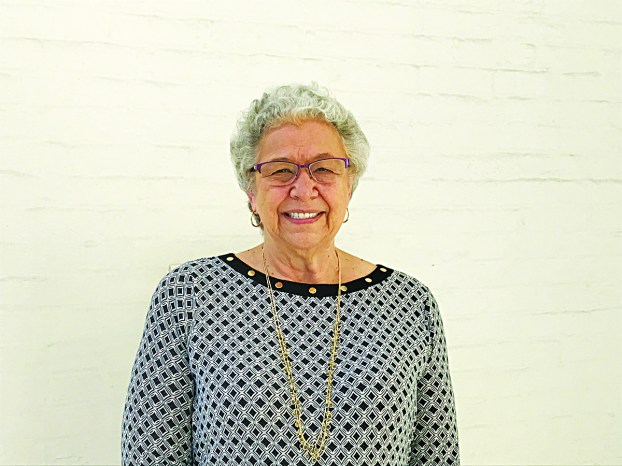 For the last seven years, Frankie Faulkner has helped keep an eye on Clark County’s money and where it goes.

Faulkner has been the county’s finance officer since she returned to Clark County in 2011. She was later named the county’s assistant treasurer as well.

“I pay the county’s bills for the judge’s office, maintain purchase orders for the county, maintain the inventory for the county of its fixed assets,” she said. “Right now, I’m working on health insurance bills and whatever (county treasurer Jerry Madden) needs.”

Faulkner spent most of her career working in a variety of banks, manufacturing, real estate and insurance companies between Kentucky, Florida and Michigan.

This is her first time working in government of any kind.

“One of the differences is profits,” she said. “You want to pay the bills and serve the public. the purpose is to serve. You want to bring in the money to serve the people. There’s a lot of maintenance cost in providing that service.”

Faulkner is also responsible for approving purchase orders for more than $1,000, so she works with all the county’s department heads frequently.

“It’s still maintain the lower cost and greater benefits,” she said. “We have good department heads. They watch their pennies pretty well and stay in budget.”

Faulkner grew up in Clark County, but her husband’s career took them across the eastern United States a couple times.

“My husband was in nuclear power and there’s not a lot around here,” she said. “We left Clark County in 1973 and spent 30-plus years in Florida.”

Faulkner said they returned in Clark County in 2004 when her husband retired, but an opportunity took them to Michigan for a few years. In 2011, she returned for good.

Faulkner said she always wanted to work in offices, which led to experience in bookkeeping, human resources, insurance, real estate and personnel through her career.

“I enjoy working with people,” she said. “Just maintaining the smooth flow of things and what questions there are, that I can supply the answers. It helps the fiscal court do their job.”