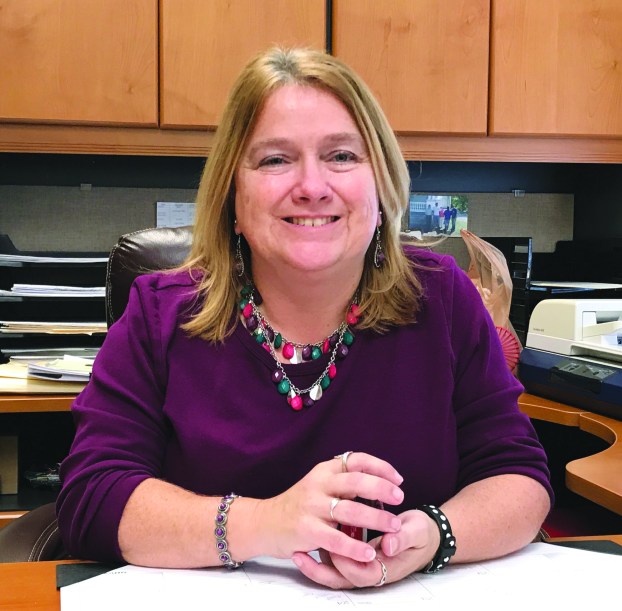 Tammy Butler is license clerk for the City of Winchester. (Photo by Fred Petke)

It’s about time for Tammy Butler and the rest of the financial staff at Winchester City Hall to get busy.

By the end of October, they will be in the middle of accepting payments for property tax bills. As license clerk for the city, handling property tax bills and payroll taxes are key parts of the position, she said.

While the county’s tax bills were due at the first of October, the city runs on a different schedule. The last day for payment is always the first Friday in December.

“We’re hoping (to mail the bills) by Oct. 21,” she said. “We’re usually about three weeks behind (the county). We don’t offer discounts. That’s why.”

Butler, who has worked for the city for 11 years, said the first two weeks and the last two weeks are usually the busiest for tax payments, though it hasn’t stopped people from trying to pay already.

“They go over to the county and pay, and then they come here,” she said. “We have to say we aren’t ready yet.”

Butler is also responsible for making sure the city’s general fund balances every month. For an account that includes millions of dollars and multiple revenue streams, making it balance to zero is no small task.

“It’s usually about 16 pages, front and back, that I have to do,” she said of the bank statement. “It can be a bear.”

Butler, who grew up in and around Clark County, transitioned to accounting after the factory where she was working went out of business. She was able to get a degree in accounting, and has been working in offices since then.

Butler and her family returned to Winchester a dozen years ago, and Butler has worked for the City of Winchester for the last 11 years.

“My family was here and I decided it was time to come home,” she said.

‘We have to save ourselves’: The Greater Clark Foundation to host annual AMBITIONFest!

Communities are only as strong as the people who live in them, and Clark County is getting stronger every year.... read more