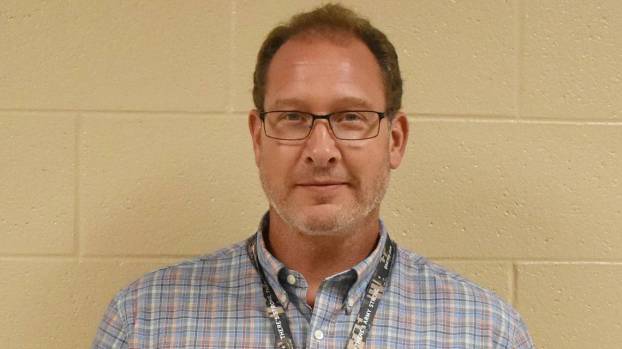 Maj. Michael Wolfe of the Breathitt County Sheriff’s Office told The Sun the crash occurred around 6:50 a.m. Thursday on Kentucky 15 near the Wolfe-Breathitt county line.

McCune, a 49-year-old Jackson native, was on his way to Winchester for work when his Toyota Camry collided with a southbound UPS tractor trailer, Wolfe said.

Wolfe said witnesses said McCune appeared to have fallen asleep behind the wheel and the vehicle turned as if to go into a driveway. Both vehicles sustained major damage, and McCune was pronounced dead at the scene, Wolfe said.

The driver of the UPS tractor trailer was transported to the Kentucky River Medical Center as a precaution.

McCune’s body has been taken to Frankfort for an autopsy, Wolfe said.

News of the crash spread through the GRC campus Thursday morning, and the school district made grief counselors available for the staff.

According to Smoke Signal’s new teacher story on McCune, he said he had only been teaching for five years. His favorite hobby was fishing; his favorite music genre was hillbilly and his favorite travel destination was Saint George Island, Florida.

McCune’s wife Cathy is also a teacher. They had previously taught in Breathitt County and have four children.

In the feature, McCune said he loved making connections with students and being able to provide the things they need to grow.

“It is a gift to have the opportunity to positively affect the lives of young people,” he wrote, adding he loved everything about GRC.

GRC Smoke Signals wrote about how McCune’s warm personality and gentle spirit touched everyone during his time at GRC.

“Our prayers are with his family,” Smoke Signals said in the statement.

“He was a great guy, always smiling, always talking with the kids,” Bolen said. “… I can honestly say he loved every one of those kids as if they were his own.”

The project to save the Sphar building may have finally come to an end. The Winchester Board of Commissioners voted... read more