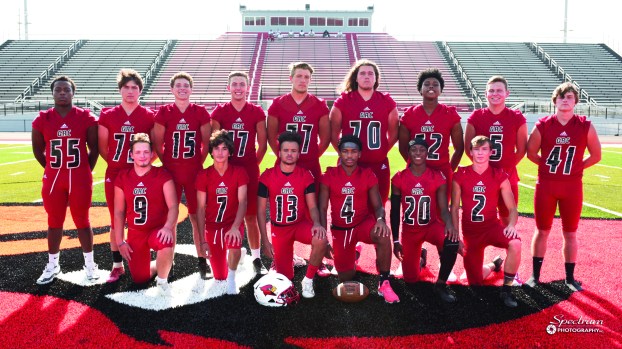 After picking up a big win in their district opener against Bryan Station, George Rogers Clark will play their second district game against Madison Central on senior night.

The team has fifteen seniors they will honor during Friday night’s game with the Indians.

The Cardinals enter the game one game under .500 after a tough three-game stretch but can put a big step forward for the rest of the season if they can take care of business.

A win would set up a de facto district championship with Oldham County next week.

Madison Central has struggled this season, winning only one of their seven contests.

The Indians have had success pressuring their opponents, racking up 51 tackles for loss and 16 sacks this season, the sixth most in 6A.

Look for senior offensive lineman Blake Watkins and Chase Taulbee to continue to protect quarterback Jordan Manley after only giving up one sack last week.

Manley could have a big game through the air as the Indians have the seventh-worst passing defense in 6A. Senior pass-catchers include Don Wells, Emery Swartz and Isaac Graham.

Another senior that will be called on for a big game is cornerback Tye Boyken. Boyken’s number will likely be called to help contain Madison Central’s John Landsaw,  the 15th leading receiver in 6A.

Kickoff is scheduled for 7:30 p.m. at Cardinal Stadium.