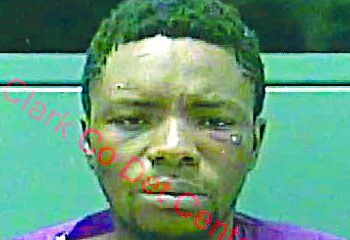 Charges from I-64 crash sent to grand jury

The case against a Lexington man who allegedly injured two others and himself in a crash last month are going to the grand jury.

Mutombo Mbaya, 27, of Lexington had a preliminary hearing Wednesday in Clark District Court.

According to court records, the judge found probable cause for the case and forwarded the case to the grand jury.

Mbaya was traveling east near the exit 101 on Sept. 27 when he reportedly lost control of his car after passing a truck, according to the accident report.

Mbaya’s car went through the median and began to overturn. His car then entered the westbound lanes and struck a van.

Two of the three people in the van were injured, and firefighters had to cut the driver out of the wreckage.

Mbaya was ejected from his car during the crash, and was flown from the scene to a Lexington hospital.

Mbaya was charged with second-degree assault, thee counts of first-degree wanton endangerment, failure to maintain insurance, driving on a suspended operator’s license and failure to register transfer of a motor vehicle.

Mbaya’s bond was also amended to $2,500 cash with the condition that he not operate a motor vehicle.