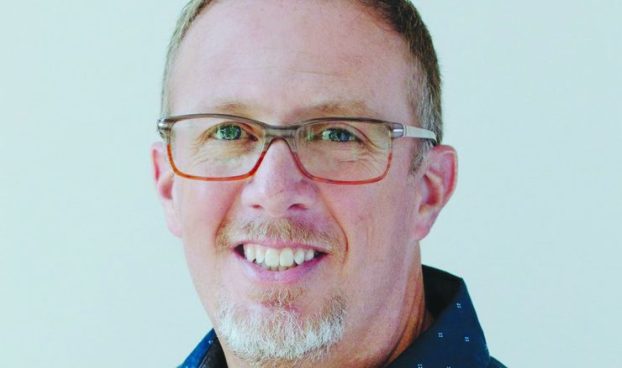 Ogle: All signs point to God

“Blockin’ out the scenery, breakin’ my mind. Do this. Don’t do that.

So went the chorus of the 1971 song recorded by The Five Man Electrical Band, and later covered by Tesla in 1990.

Like so many other songs during my high school years, I listened to those lyrics without hearing what the artist was trying to say.

Looking back now, the writer obviously had some serious issues with authority.

I am in no way endorsing the song.

That would be rather foolish since I espouse there is an ultimate authority over all, namely, God.

I do think, however, the writer made an astute observation.

There are indeed signs all around.

I am referring to God’s handiwork; His creation.

It is, at times, breathtaking. A sunrise over the Atlantic Ocean. The ominous clouds just before a storm. The intricacy of the web of a writing spider covered in early morning dew. The unbelievable speed of the hummingbird’s wings. The lean, muscular frame of a thoroughbred. The involuntary rhythm of the human heart. The warmth of fire on a cold winter’s night. The steady positioning of the stars in a clear night’s sky.

When one stops to consider them, there is seemingly no end to all the signposts in God’s universe.

Signs, however, are not supposed to terminate on themselves.

By definition, signs are meant to point the way to something else, something more substantial. Either something worth the effort of getting to or staying away from.

Yet, over and over again, human beings seem to miss the point.

We appear content to stop at the signpost without ever arriving at its intended destination.

Imagine a family setting off for a vacation in the Great Smoky Mountains. One would expect them to return with stories of hiking and fishing.

Their Instagram accounts and Facebook pages would be filled with pictures of scenic vistas of mountain ranges, wildlife, foliage, and family memories.

How silly would it be for that family to stop their car at the sign at the edge of the national park, hop out to take a photo, and then pile back in the car to return home? Would anyone say that family truly experienced the Great Smoky Mountains?

Of course not. They never went past the sign.

“For the wrath of God is revealed from heaven against all ungodliness and unrighteousness of men, who by their unrighteousness suppress the truth. For what can be known about God is plain to them, because God has shown it to them. For his invisible attributes, namely, his eternal power and divine nature, have been clearly perceived, ever since the creation of the world, in the things that have been made. So they are without excuse. For although they knew God, they did not honor him as God or give thanks to him, but they became futile in their thinking, and their foolish hearts were darkened. Claiming to be wise, they became fools, and exchanged the glory of the immortal God for images resembling mortal man and birds and animals and creeping things. (ESV)”

Do you hear what God is saying in these verses?

He has made himself known.

There is no excuse to not know him. He has placed signposts throughout creation to reveal what He is like. What “…can be known about God…” has been made plain. His attributes “…have been clearly perceived…in the things that have been made.”

However, mankind has refused to “…honor him as God….” Instead, we “…exchanged the glory of the immortal God…” for the sign itself. Collectively and individually, we all have missed the infinitely grander destination.

The good news is God has not abandoned us to merely wander around lost. Even after we missed the sign, God sent prophets to point us back in the right direction. When the prophets were rejected, God persisted and sent his own son, Jesus, to show us the way.

Hebrews 1:1-2 states, “Long ago, at many times and in many ways, God spoke to our fathers by the prophets, but in these last days he has spoken to us by his Son, whom he appointed the heir of all things, through whom also he created the world.” (ESV)

Friend, you may have lived a relatively good moral life. To this point, your years may have been highly fulfilling. But if you have failed to look past the signs of this world to see the God to whom they point, you have missed the mark.

It is not too late. Lift your gaze to see God. Turn around and pursue Him through faith in Jesus Christ.

Scott A. Ogle is the pastor of Central Baptist Church. He can be reached at scott@cbcwinchester.com.