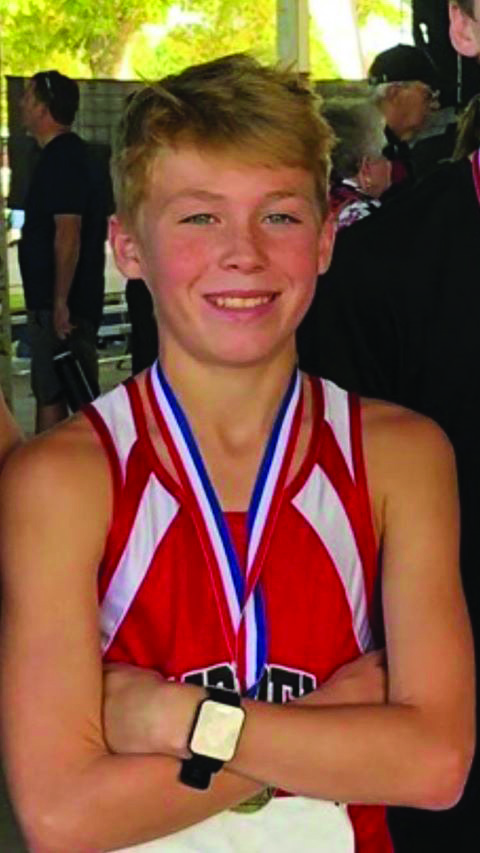 Cooper Wasson after winning his final race of the season, the state championship. (Photo submitted)

The future of George Roger Clark’s cross country team is in good hands – or legs.

Robert D. Campbell Jr. High had three runners place in the top 15 of the state meet over the weekend.

Liam Parido finished in 15th place in the boys’ 4000 meter and Josh Wilson finished in ninth in the same race. But the runner who reigned supreme was Cooper Wasson, another Campbell athlete.

Wasson finished the race in 13:20.18, nearly 12 seconds faster than his second-place competitor. His time was better than 506 racers, too.

His victory at the state meet made him the school’s first-ever individual state champion in cross country.

Wasson completed the season undefeated, winning every race he competed in.

The RDC sixth grade boys team finished in third place out of 113 teams.