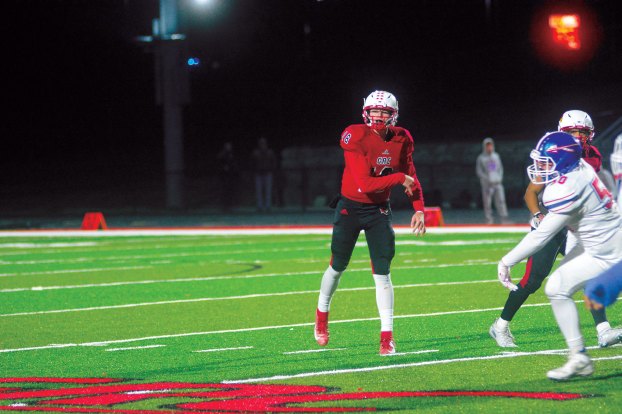 Manley set season highs in both passing yards and touchdowns in GRC’s win against Madison Central. (Photo by Roman West)

ATHLETE OF THE WEEK: Jordan Manley

George Rogers Clark quarterback Jordan Manley set season highs in passing yards (234) and passing touchdowns (4) as he led the Cardinals to their second district win in as many games last week against Madison Central.

Manley: My favorite part of football is the brotherhood that you always have and can count on within your team.

Q: Did you set any personal goals before the season?

M: I wanted to lead my team to win our district for the first time in 10 years.

Q: Do you have any athletes you try to model your game after?

M: I try to model my game after Aaron Rodgers.

M: My favorite football memory is being the first starting quarterback to win on the new field.

Q: Who has had the most influence on your football career?

M: My granddad definitely had the biggest influence on my football career because he was the one that introduced the sport to me and pushed me to be my best.

Q: Did you set any team goals before the season?

M: I wanted us to change the culture of GRC and be the first team in 10 years to win a district title and to make it deep in the playoffs.

George Rogers Clark’s football team will travel to Oldham County tonight to take on the Colonels for the district championship,... read more