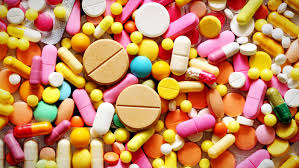 Law enforcement across the country will be accepting unwanted, expired or unneeded medication Saturday, and the Winchester Police Department is participating.

Police agencies will collect anything except needles and liquid medication between 10 a.m. and 2 p.m. Saturday. Last year, Winchester collected about eight boxes, or roughly 150 pounds of medication, Wattenbarger said.

“We’ve done it since it started,” Wattenbarger said. “It’s probably been six or seven years.”

Local response, he said, has dropped significantly, likely because the department keeps a medication drop box in the lobby of the police station.

There are practical benefits to disposing of medication at the station.

“The good part is it avoids thefts from the home,” he said, “and it keeps it out of the water.”

All the collected medication are packaged and turned over to DEA officials, which then takes the drugs to be incinerated, he said.

Winchester Police will be accepting medication at the police state, 16 S. Maple St.