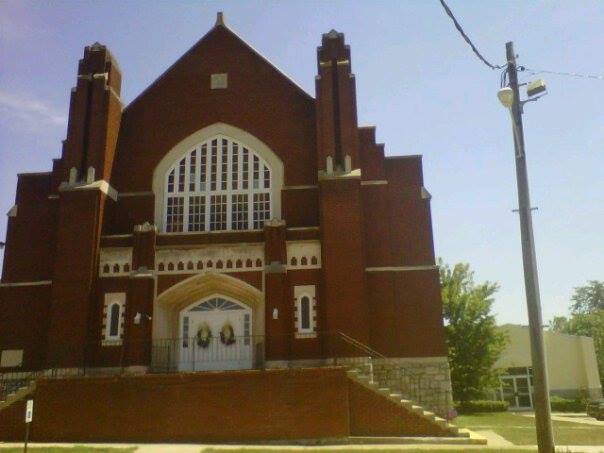 Clark Countians have heard a recurring message all year: “We are better together.”

The spread of that message is thanks to Better Together Winchester.

The town hall is a follow up to last year’s candidate forum and this year’s Diversity, Equity and Inclusion training. It is free and open to the public.

BTW member Becky Farmer said the conversation will expand on issues raised during the forum and training sessions which impact our community.

The main topic will be race relations in Winchester and Clark County. The town hall will include city and county elected officials and all interested community members such as county-judge executive, mayor, magistrates, city commissioners, jailer, sheriff, police chief and more. The event will run from 6:30 to 8:30 p.m. Tuesday, Oct. 29, at First Baptist Winchester in the Family Life Center.

For more information on the town hall or to attend a BTW meeting, contact bettertogetherwinchester@gmail.com.

“When I think about the town hall… I go back to our vision statement that we wrote about we wanted to see that inclusive community of integrated social networks where open and civil dialogue is standard practice,”  Farmer said.

BTW formed in April 2017 during the public innovators workshop hosted by the Harwood Institute. They were interested in addressing some of the issues described in the “Waving Our Community’s Flag” report, which The Harwood Institute for Public Innovation published in 2017 for The Greater Clark Foundation.

According the report, Clark County was divided, especially in regards to race.

Since its inception, BTW has tacked on new members as the grassroots group continued convening together after the workshop ended.

Their first meeting was in May 2017 where members of Emmanuel Episcopal Church, who had participated in a Lenten Study examining racism, joined.

From there, their passion for improving Winchester only strengthened. The group has been meeting about twice a month for nearly two years during which they share perspectives on various issues in their “safe space.”

Member Mark McCammish said the group started out talking about racism but began to realize it’s also an issue of economic disparity. McCammish, who joined the group from Emmanuel, said he learned two things: First, black folks can’t end racism. Only white folks can do that. Second, the best place to do that is in a faith setting.

McCammish recalled a quote from Martin Luther King, Jr., “An individual has not started living until he can rise above the narrow confines of his individualistic concerns to the broader concerns of all humanity.”

“To me that just says what we’re about,” McCammish said. “That’s the turning outward.”

Anna Mason is a bit newer to the group. Mason said she was unsure at first if she would join but later realized as a black American woman, she could bring a different perspective to the group.

“I can relate to certain things that went on that others cannot,” Mason said.

Mason said since joining the group she has seen Winchester inch slowly toward unity.

“I’m grateful that I have decided to stick with it,” Mason said.

Linda Rector is also newer to the group. She joined BTW after attending “Outside Our Doors.”

“I love the way this group works,” Rector said. “We don’t feel like we have the answers. We don’t try to push our ideas on the community. We ask the community for their ideas. We don’t think we know what’s best.”

In the meantime, since last year’s candidate forum, BTW co-sponsored the Diversity, Equity and Inclusion training, assisted with Winchester Black History and Heritage functions and more.

BTW decided to return to First Baptist Church for a town hall as many people expressed the desire to have more conversations about race relations with public officials.

Farmer said the town hall is another way to give more people a voice.

“I hope that folks will feel like their voices were heard,” she said.

Mason said she encourages people to come out and speak up.

“If you don’t speak about your issues, how is anyone going to know what your issues are?” she said.

BTW will take questions from the audience during the town hall meeting.

Last year, the candidate forum drew nearly 300 people, and Farmer said BTW hopes to surpass that this year at the town hall.

McCammish said he hopes the public officials will take the time Tuesday to listen and hear the questions and issues and hopefully, act on it.

“I hope they’re open to hearing things that maybe are hard to hear,” Mason added.

Farmer said this will be the first of many opportunities to discuss what’s happening in the community.

“We need to have multiple opportunities to talk about what’s happening… how to make positive change and do it together… to be better together,” she said.