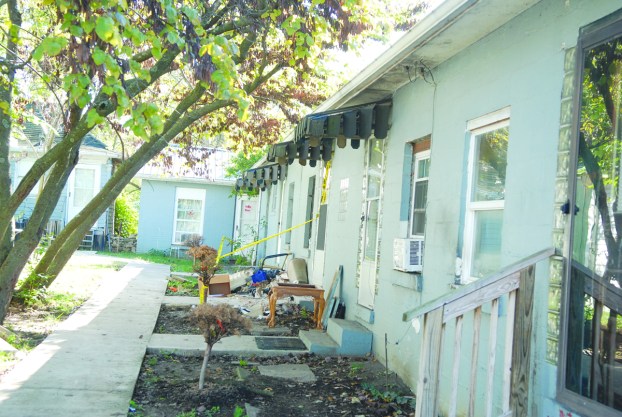 A man died in his apartment after a fire broke out early Monday morning in downtown Winchester.

The victim’s identity has not been released, but Clark County Deputy Coroner Sarah Crews said the victim was a caucasian male. Crews said Monday she is still trying to find a relative of the person.

An autopsy determined a preliminary cause of death as smoke inhalation, Crews said. At this point, foul play does not appear to be involved.

Winchester firefighters were called at 2:34 a.m. Monday for a report of smoke near 319 N. Main St.

“When we got on scene, there was a lot of smoke in front of the apartments,” Winchester Fire-EMS Battalion Chief Jason Keller said.

Bystanders said there may be one person inside the building, Keller said. Once firefighters forced their way into the apartment, they found the victim, Keller said.

The fire was contained to the one apartment, he said, though a second apartment received slight damage. The other residents were allowed to return home, he said.

“As far as a cause, they’re still working to put those pieces together,” Keller said. “Our investigators were there. They were trying to secure the scene at 8 a.m.”

Firefighters were on the scene for about five hours.