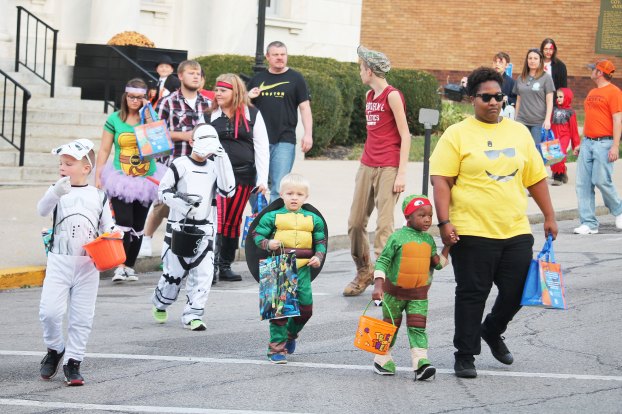 Winchester is going ahead with its Halloween plans tonight, though the weather will likely be wet most of the day.

Winchester Mayor Ed Burtner said Wednesday morning things were going as scheduled from 6 to 8 p.m. today. The available weather forecast, he said, indicated the rain should end Thursday afternoon, before everything is scheduled to begin.

A number of communities in central Kentucky have already rescheduled their events to Friday or Saturday, or earlier in the week.

Main Street Winchester director Rachel Alexander said earlier this week more than two dozen businesses have signed up to give away candy and non-food treats through downtown Winchester for the annual Halloween MAIN-ia.

This year also adds a Thriller dance in front of the Clark County Child Development Center on North Main Street around 7:15 p.m.

Main Street will be closed during trick-or-treating hours.

For more than 50 years, pickleball has been growing in popularity across the country. What started in a family backyard... read more