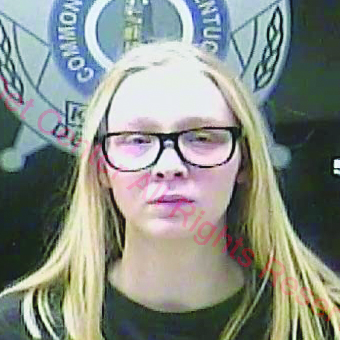 Parents charged with abuse of infant

The teenage parents of a 3-month-old child were arrested after doctors found evidence of multiple broken bones.

The 17-year-old father, whose name was not released because of his age, and the mother, 19-year-old Shelby Barnett of 188 Westside Drive, were both arrested Thursday by Winchester Police.

The father was charged with first-degree assault and first-degree criminal abuse, according to Winchester Police Capt. James Hall.

Hall said the department was notified Wednesday about the situation by social workers, who said the child was being transported to the University of Kentucky Medical Center.

“It’s consistent with a child being shaken,” Hall said.

The child’s injuries are not believed to be life-threatening, he said, and the child is in state custody.

“He made statements to detectives that he had anger issues and that led to his treatment of the child,” Hall said. “This incident was not the only incident where the child was injured by the father.”

Barnett was charged because she knew of the father’s treatment of the child and continued to give the father access to the child, Hall said.

The arrest citation said Barnett “left the child in the care of the father even after the made statements about thoughts about wanting to harm the child. Barnett admitted to observing the father being so aggressive that she had to step in and intervene.”

Because the father is a juvenile, he will initially be prosecuted in juvenile court. Those proceedings and records are sealed. Hall said he is being held in the Fayette County Detention Center.

Barnett was arrested Thursday night and lodged in the Clark County Detention Center.

Local kids get out on the town for Halloween