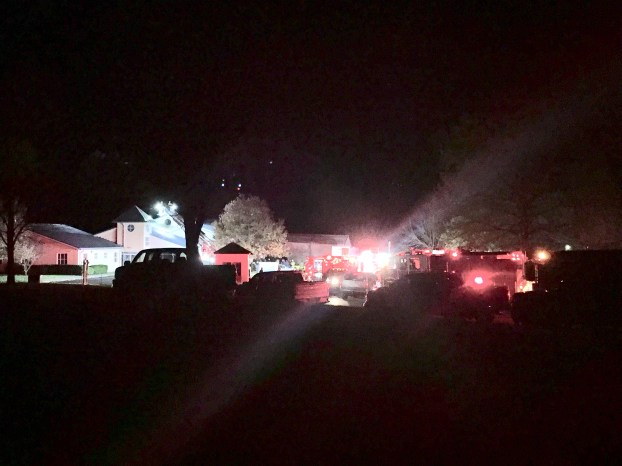 Clark County Fire Chief Ernie Barnes said crews were called to the Gencanna headquarters on Colby Road shortly after 8 p.m. Thursday after an explosion and fire.

Barnes said when crews arrived there was a large body of fire, but crews were able to knock down flames quickly.

Gencanna is a hemp processing and research facility, and Barnes said the building where the fire occurred was a lab setting where a chemical process takes place to purify the oils of the hemp plant.

Kathryn Robertson, vice president of external relations and spokesperson for Gencanna, said there about five employees in the building at the time of the fire, but none working in the specific area where he fire occurred.

“We’re very fortunate everyone got out and no one was injured,” she said.

Barnes said the cause of the fire was still under investigation.

At approximately 9:45 p.m. Thursday crews were still taking care of hotspots and working to stabilize the building.

He said the fire started in the middle portion of the facility and there was heavy structural damage caused by the explosion.

Crews from Winchester Fire Department also responded to the scene.