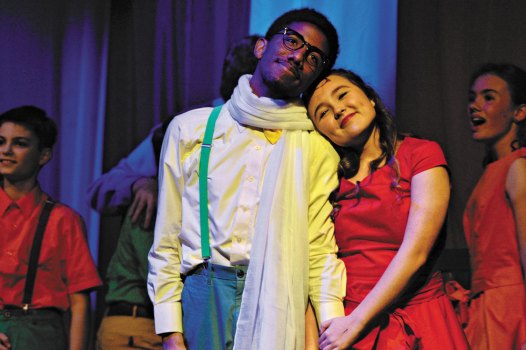 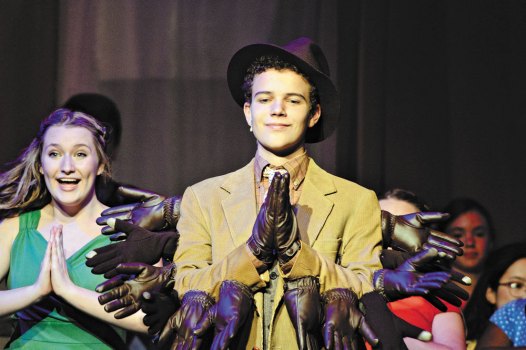 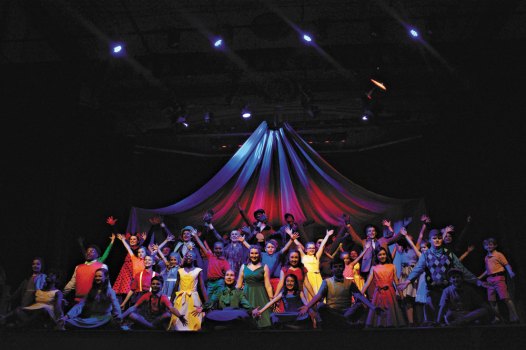 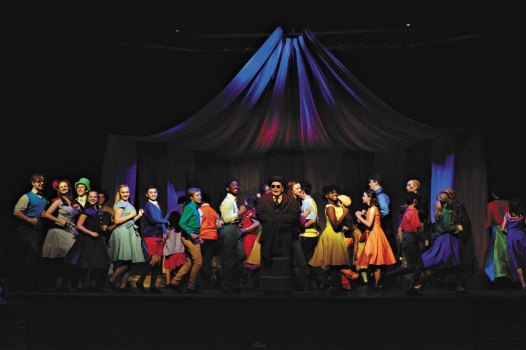 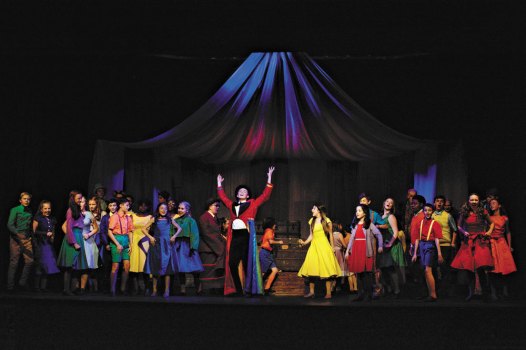 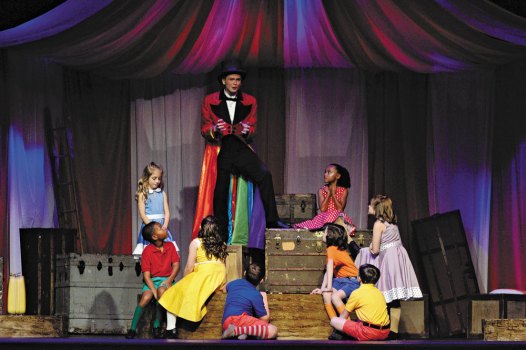 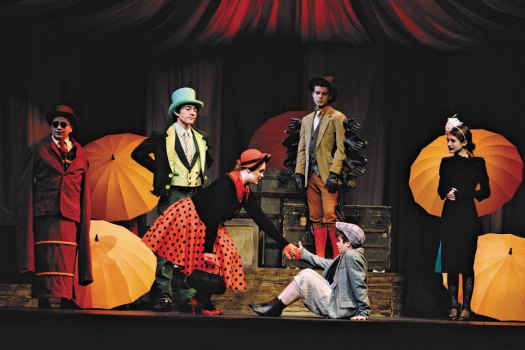 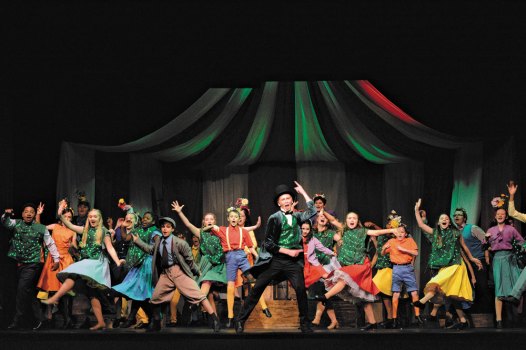 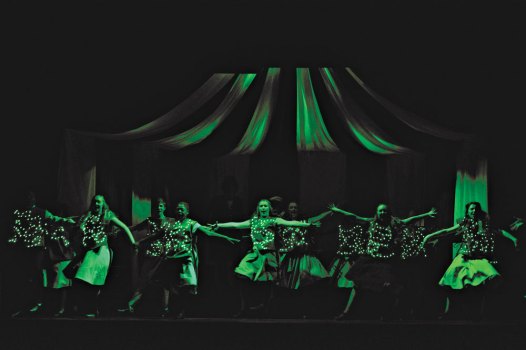 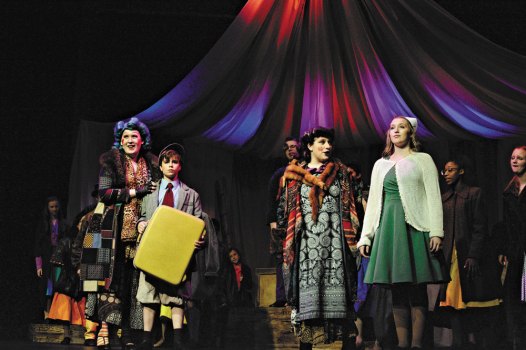 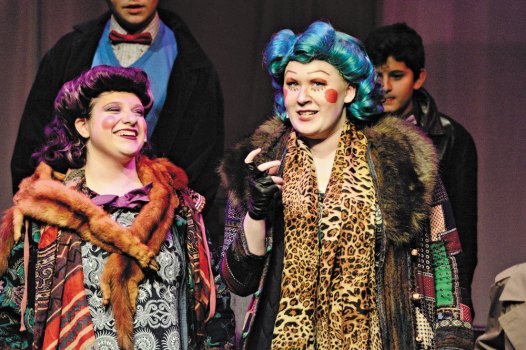 After James’ parents are killed by a rhinoceros, he is sent to to live with his two cruel aunts.

His conniving aunts (Becca Wallingford as Spiker and Cassie Shields as Sponge) send James to chop down their old fruit tree.

There, James meets Ladahlord (Will Wyatt) who shows him a book of spells. James then makes a potion, but trips and spills it on the old fruit tree on the way back to his aunt’s house.

The potion causes the tree to grow a gigantic peach, which later rolls into the ocean with James in tow, launching a journey of enormous proportions.

James, played by Wyatt Jackson and David Lin, befriends a collection of singing insects (Galen Arnett as Grasshopper; Emma Carty as Ladybug; Ella Brock as Spider; Drew Wyatt as Earthworm; and Dylan Diguette as Centipede) that ride the giant piece of fruit across the ocean. Throughout their epic journey, they face hunger, sharks and plenty of disagreements along the way.

For people who can’t make it to the theater this weekend, performances continue next weekend, Nov. 15-17.

The new take on this “masterpeach” of a tale features a score by Justin Paul and Benj Pasek; its book is by Timothy Allen McDonald. This musical about courage and self-discovery is an instant classic, according to the show’s description.

Performed by a cast of over 50 students — over 100 children initially auditioned — ages 8 through high school, this dazzling show is full of twists and turns, high energy music and dance and one giant peach.

Tickets are $15 for children under 13 and $18 for adults. Tickets are available online at leedscenter.org.