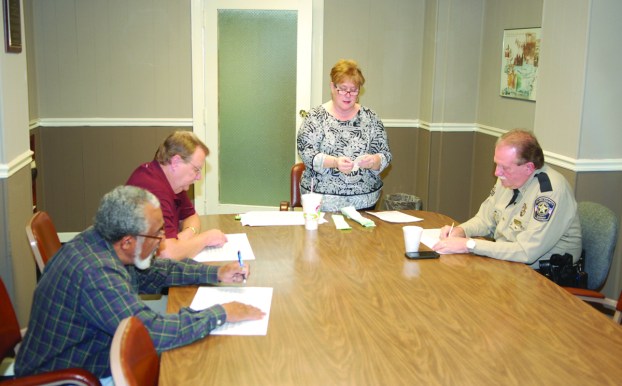 County officials knew quickly Thursday morning there were no errors in Clark County’s results in the gubernatorial election.

As the state-wide recanvass of the Nov. 5 election started Thursday morning, Clark County’s election officials gathered in the basement conference room of the Clark County Courthouse to go back through the voting machine records and verify the totals.

The process took less than 30 minutes to complete, and Clark County Clerk Michelle Turner said there were no differences found.

Gov. Matt Bevin requested the recanvass after losing to Attorney General Andy Beshear by approximately 5,200 votes. The two have been bitter rivals throughout the last four years in Frankfort.

In a press conference Thursday afternoon, Bevin said he was not going to contest the election further.

A representative of Bevin attended the Clark County recanvass, but no one else attended.

In a recanvass, election officials verify the totals as recorded on the voting machines and on the tally sheets.

After his defeat, Bevin said there were irregularities in the election, but offered no evidence to substantiate his claims.