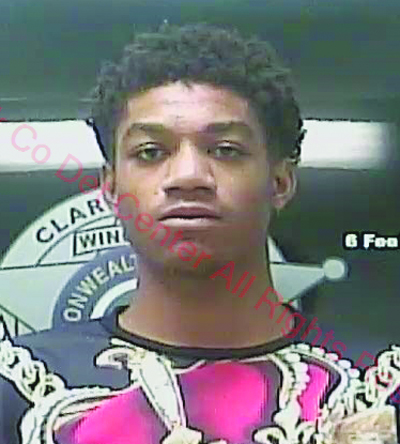 A judge ruled recently murder suspect Ronnie Ellis will be able to stand trial for a 2017 shooting that killed two teenage girls.

Ellis, 20, is one of four people charged with firing shots during an incident in a parking lot off Washington Street.

Another alleged shooter, Denzel Hill, has already pleaded guilty to his role in the shooting, and is scheduled to be sentenced Thursday.

Clark Circuit Judge Jean Chenault Logue made the written finding of Ellis’ competency following a Nov. 4 hearing which included the testimony of Dr. Daniel Hackman at the Kentucky Correctional Psychiatric Center. Competency hearings are typically closed to the public and the doctor’s report is sealed.

Police said Hill, Ellis and Skinner were driven to the scene of the shooting by Mikaela Buford on the evening of Nov. 7, 2017. The three reportedly got out of the car, spread out in the parking lot and started shooting. Carmen allegedly returned fire from an upper level apartment.

The two victims, Adrianna Castro and Kayla Holland, were shot in the crossfire as they left an apartment. Both died from their injuries.

Police believe the shooting stemmed from a verbal argument earlier in the day which involved the two victims as well as Buford, Ellis, Hill and Skinner, and others who were not charged.

Hill pleaded guilty in June to two counts of facilitation to commit murder and single counts of first-degree wanton endangerment and tampering with physical evidence. His plea agreement calls for Hill to serve 20 years in prison and testify truthfully against his co-defendants.

Buford pleaded guilty to two counts of facilitation to commit murder and one count of complicity to first-degree wanton endangerment. Her agreement calls for her to serve five years and testify against her co-defendants.

Both Hill and Buford are scheduled to be sentenced Thursday.

The Clark County Board of Education voted to allocate $97,960 that would fund several programs on a district budget proposal... read more