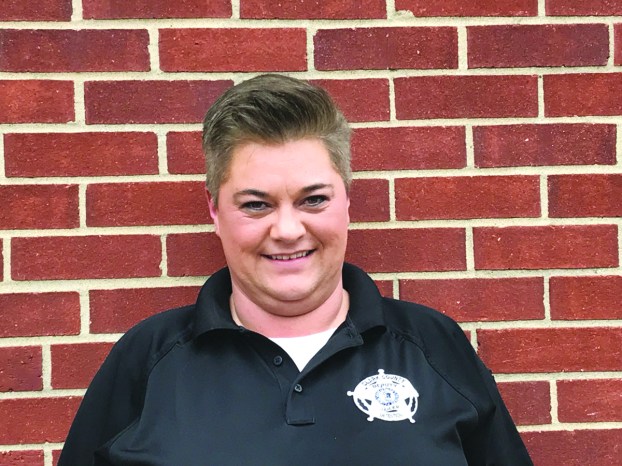 Watts said she was originally interested in becoming a psychologist, but it never seemed feasible earlier in life.

After living on the streets for a while before earning her GED and going back to school twice, Watts said she was working as a phlebotomist. A couple years ago, she said she was looking for something else and one of her patients worked at the jail.

“I never thought I’d work in corrections,” Watts said. “I said I can’t do that.”

Corrections is a completely different field than working in the medical realm, she said. Building a thick skin is one of the first things she had to do.

“They can call you everything under the sun, but you can’t take it personally,” she said. “The hardest thing to learn is how to handle them when they come in really intoxicated. You have to remember it’s the drugs or the alcohol talking. Even though they’re inmates, I have to remember they’re humans. They’re someone’s relative.”

Working inside the county jail invigorated her interest in psychology, she said. She recently began a four-year program online to earn her psychology degree focusing on addiction.

“I had no idea there was such a thing as psychology in addictions (degrees),” she said, “I was really excited to start this. Right now, I take care of them inside (the jail). I want to take care of them outside.”

Watts said she has seen addiction within her family, as well as what happens to some people when they are released from the jail and they lose the structure.

“If they have a hard time getting a job… they have no choice but to go back to their old lifestyle,” she said. “Setting them loose … it doesn’t work that way.

“Rehab doesn’t stop when they walk out the door. That’s when they need the most support because they don’t have the structure they have here.”

The goal, she said, is to help someone have a better life.

“I told my son if I can keep one person from going back to drugs when they get out, it’ll be worth it.”

Campbell students compete in round one of Amazing Shake