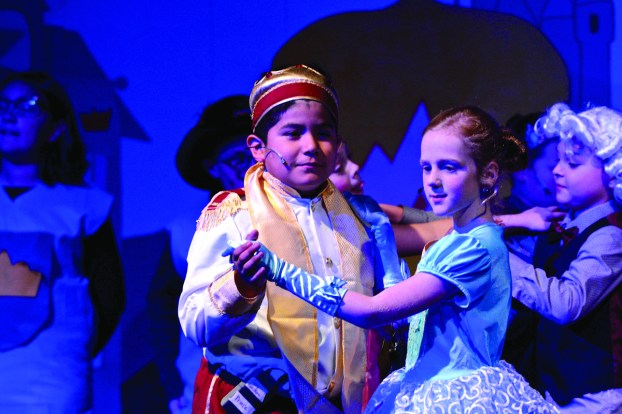 Under the direction of Laura Wilson, Strode put together a cast of 70 third and fourth graders who began rehearsals the first week of September.

The students have brought the classic fairytale to life.

The story follows the kind-hearted Cinderella (Kullan Mcintosh) as she deals with being denied a chance to go to the royal ball with her wicked stepmother (Ella Horton) and stepsisters (Kyleigh Winburn as Anastasia and Heidi Sands as Drizella).

With a little help from her mice friends and a touch of magic from her Fairy Godmother (Neisha Duncan), Cinderella reminds the audience dreams can come true.

An art team made of 17 fourth graders, under the direction of Christian Holladay, made the sets, props and costume accessories.

Wilson said the Strode Station visual and performing arts programs exist to provide every student in kindergarten through fourth grade with hands-on instruction in music, art and drama.

Tickets for “Cinderella KIDS” are $5 at the door; children 3 and younger get in free.

A woman accused of stabbing a fellow resident at a homeless shelter saw her bond lowered after sending her case... read more