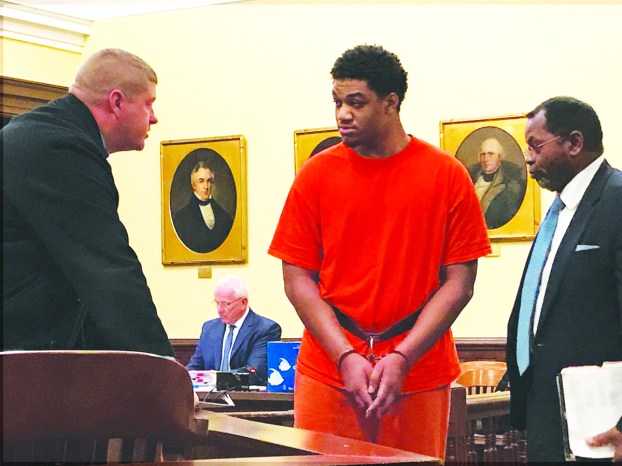 The second of four alleged shooters in a double homicide pleaded guilty Thursday, after being found competent to stand trial.

Ronnie Ellis, 20, was facing two counts of murder for the Nov. 7, 2017, shooting deaths of 16-year-olds Adrianna Castro and Kayla Holland outside an apartment building on Washington Street.

Thursday, Ellis agreed to the terms negotiated during a felony mediation session. Ellis pleaded guilty to two counts of facilitation to commit wanton murder and single counts of first-degree wanton endangerment and tampering with physical evidence. He also agreed to testify truthfully against his co-defendants at trial.

According to the agreement, Ellis would be sentenced to five years on each count which would run consecutively for a total of 20 years. He would be able to meet the parole board after serving 20 percent of the sentence.

Another co-defendant, Denzel Hill, pleaded guilty to the same terms in June. He has not been sentenced.

In Clark Circuit Court Thursday, Ellis said he was with three other people and saw gunfire exchanged between Matthew Carmen and others in his group, which included Hill and Darian Skinner. Carmen and Skinner did not agree to the mediation terms and are awaiting trial.

According to Winchester Police, the shooting happened around 9 p.m. in the parking lot between two apartment buildings.

Mikaela Buford, who was also charged, said she drove Hill, Skinner and Ellis to the apartment complex that night. Witnesses said the three got out of the car, spread out and started shooting. Carmen returned fire from an elevated position outside an apartment.

Castro and Holland both died from gunshot wounds after they left an apartment.

Buford previously pleaded guilty to two counts of facilitation to commit murder and one count of complicity to first-degree wanton endangerment. Prosecutors recommended a five-year prison sentence for Buford.

All three are presently scheduled to be sentenced March 5, 2020.

For the third year, local firefighters are collecting toys and donations to share with local families at Christmas. The Clark... read more