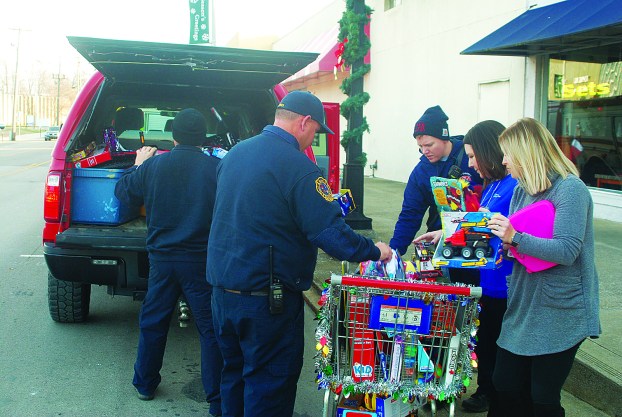 For the third year, local firefighters are collecting toys and donations to share with local families at Christmas.

Brock said firefighters are collecting new toys for children of all ages, from newborn to age 18. Financial donations are also being accepted, he said, which will be used to purchase toys to fill gaps.

In past years, there have been instances where there were more children of a certain age than there were toys, he said. The financial donations, which can include gift cards to Clark County businesses, can help purchase additional items.

The program has grown each year as it has spread through word of mouth.

“We would deliver to one house and we’d get a call from their neighbor” asking if they could get toys as well, Brock said. “It snowballs every year. That’s fine — we want everyone to have toys.”

Donations can be delivered to any fire station, he said. Donations will be accepted until Dec. 18.