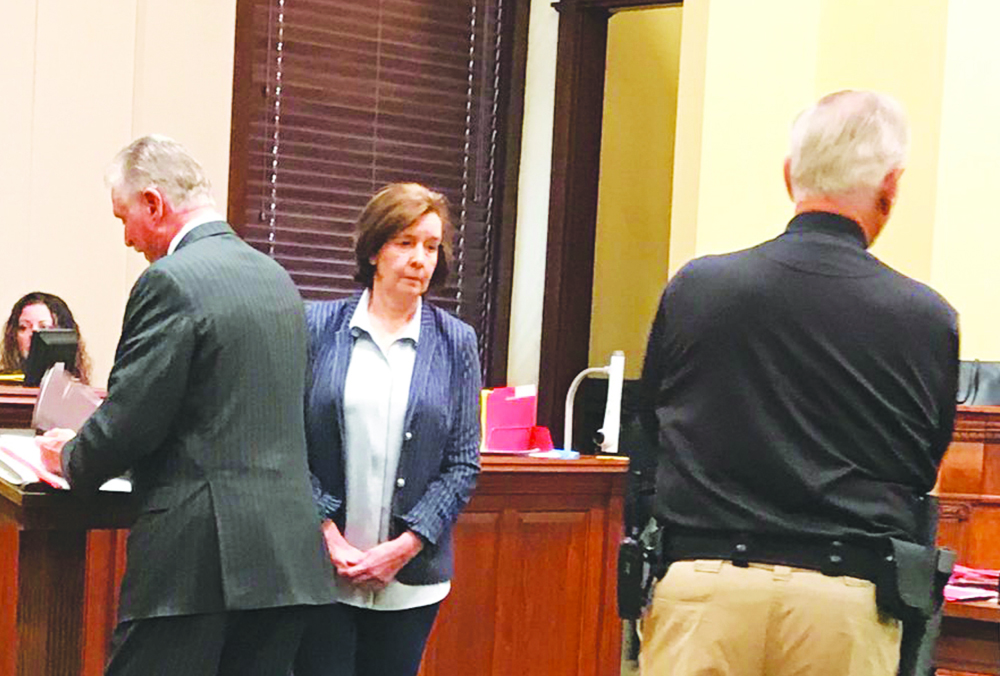 Former GRC secretary Dixie Rigney pleaded guilty Thursday to stealing approximately $219,000 from the student activity fund during the course of a decade. Rigney agreed to a seven-year prison term, and said the money has been repaid. (Photo by Fred Petke)

Dixie Rigney, 61, pleaded guilty Thursday in Clark Circuit Court to one count each of theft by unlawful taking over $10,000, tampering with physical evidence and second-degree forgery. Eight other counts of theft were merged and dismissed as part of the agreement.

Rigney told Clark Circuit Judge Jean Chenault Logue she took the cash from the student activity fund at GRC and then altered or forged the records at the school.

Rigney’s attorney said full restitution has already been paid to the school.

Rigney was a secretary at GRC, according to school records. Her employment was terminated in January 2019.

According to the indictment, the thefts occurred from July 2010 through January 2019.

In court documents, Kentucky State Police detectives said Rigney forged receipts and gave them to club leaders at the school.

Prosecutors recommended Rigney serve five years for theft, one year for forgery and another year for tampering with evidence. The three sentences would run consecutively for a total of seven years.

She was allowed to remain free on bond.