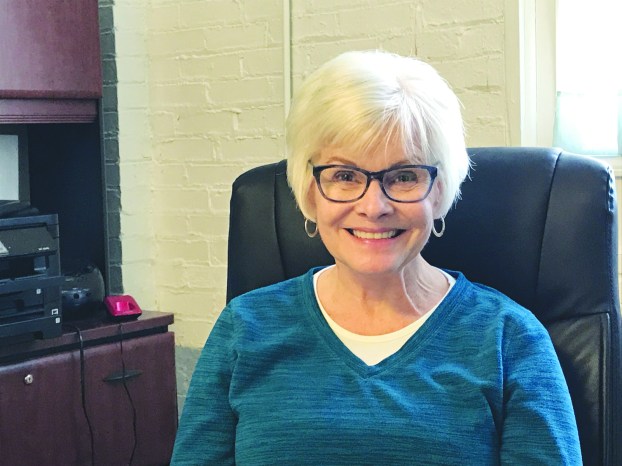 Sabrina Puckett has been the case manager at the Clark County Homeless Coalition for nearly five years. (Photo by Fred Petke)

Sabrina Puckett has always been curious about people.

She has always been fascinated by how people think and how they make their decisions. It led her to a degree in psychology and a career for the state, but also brought her to the Clark County Homeless Coalition.

For the last five years Puckett has been a case manager for the organization, working with clients and helping them find their way back to a permanent residence and stability through a number of services and programs.

The Sun recently spoke with Puckett about her work.

Winchester Sun: How long have you worked with the Clark County Homeless Coalition?

Sabrina Puckett: As of February, it will be five years. I worked for the Cabinet for Family Services with the state for 26 years. I retired from there. At that time, I was supervising a team of adult protective services social workers.

I have a lot of background in adult protection. I stayed retired for about eight weeks and came back to work.

I heard there was an opening here and applied, and that all fell together.

WS: How did you get interested in social work?

SP: I always had an interest in what makes people think and behave the way they do. As a young teenager, I had a subscription to Psychology Today. I majored in psychology in college and earned my degree. I worked for several years in other things. When I was 30, I went to work for the state, and had a long career there in various positions.

WS: What are the differences in working in a state setting versus working at the homeless coalition?

SP: I was working for a bureaucracy and now I’m working for a grassroots non-profit. Within the first week I was here, I had a question, I walked next door and I asked (CCHD Director Terry Davidson). And I got an answer. I said, ‘Oh my gosh. This is so easy.’ When I worked for the state, I had to email there or four people and there had to be about 50 emails back and forth to get an answer. This was a much different experience working for a small non-profit. The work I was doing really translated well to the work I do here. I do case management. I try to assist individuals in identifying the barriers that have kept them from being able to have housing, employment … just overall stability in their lives. Many of those barriers are ones I was accustomed to working with. There was a learning curve. I learned a lot more about homelessness than I knew prior to taking this job. I’ve really enjoyed my work here with people experiencing homelessness.

WS: There are a lot of misconceptions about homelessness. What have been some of the more eye-opening things you have learned?

SP: Homelessness cal affect people across the entire spectrum of our society. Given a set of circumstances, there are very few of us who could not end up being homeless at some point. We work with a lot of people who through illness, mental health issues or addiction, domestic violence or divorce, find themselves without a place to live. We have had people at the shelter who had college degrees, advanced degrees, who had a very nice lifestyle at one point. We have had a lot of homeless people in the community, but you would never guess were experiencing homelessness. We have a stereotype, most people do. You might see that is downtown Lexington or people pushing carts and looking a certain way, but that is not the vast majority of people experiencing homelessness.

WS: From the people you work with, what has been the biggest or most common need?

SP: Obviously housing, and in this community affordable housing is a really difficult thing for people to find. We have a lot of jobs, but many of those jobs pay anywhere from the minimum wage to even $9 to $10 an hour. If you are working full time making $9 an hour, and especially if you have a child to support, the minimum rent you can expect to pay for a one-bedroom apartment with the utilities included is $600 a month or more. When you look at that, that is not feasible. It is taking a huge percentage of that individual’s income leaving very little for food and other necessities.  That is a very difficult hurdle. We live in a community that fortunately has many services for people. People are very collaborative. I can pick up the phone and call someone  if I have a client in need of a service and there is absolutely no problem in getting the service for my client.

The other barrier is people of low income if they have ever in their life had a felony or even a misdemeanor charge that involved drugs, they don’t qualify for subsidized housing. It doesn’t matter how long ago those charges were, and that is something I think we need to make … more accessible to people who committed mistakes in their past but have gotten their life on the right track and are doing well now.

WS: What is the greatest reward you’ve seen?

SP: It is to see someone who came in to shelter, very broken and just emotionally distraught. To see that person blossom into a functioning human being who can work and hold a job, and to see them a year later and they’re still housed. We still have many people here who have received services from us who drop in, sometimes years later, just to visit us. I received an email this week from a client I worked with last year who had gone to Louisville. She had reached out to me to ask some questions about what she could to do help her mother. There is a very young woman. She was 18 when she came here. She had been tossed out of her mom’s house through no fault of her own. She was terrified to walk down the street by herself. She is now working and maintaining her apartment, planning to enroll in college, just really doing wonderful. There are many, many, many stories like that.  We work with people who have a lot of challenges. Seeing them grow into someone who is successful … is very rewarding.