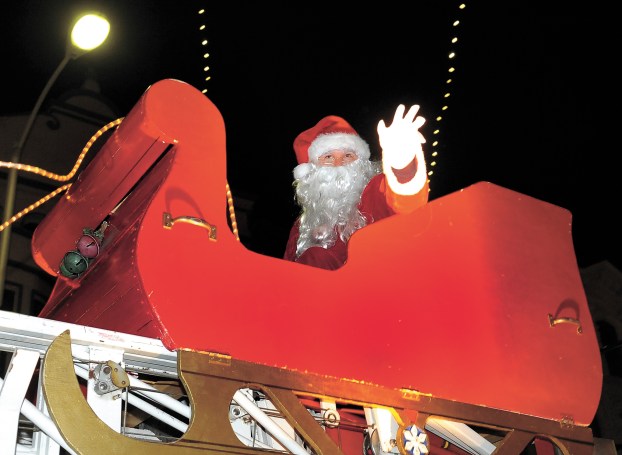 A long-time Christmas tree grower and a well-known teacher will serve as the grand marshals for this year’s Christmas parade through downtown Winchester.

Pete Kovalic and Jane Burnam were chosen by the committee, as was the theme of “A Musical Christmas,” committee chair and Winchester Mayor Ed Burtner said.

“Mr. Kovalic is a Korean War veteran and a gentleman who has been in the Christmas tree business forever,” Burtner said.

Burnam, he said, is a talented musician in addition to her career as an educator.

“Put her to a piano with her voice, and its phenomenal,” he said.

Both people, he said, were fitting people to serve this year, in conjunction with the theme.

This year’s parade will begin at 6 p.m. Saturday, Dec. 7 at Depot and Main streets. The festivities will begin with the lighting of the community Christmas tree, which was donated to Clark County by Dan and Emily Sheshull, and Chad and Emily Grant.

From there, the parade will march through downtown including the George Rogers Clark High School marching band, floats, car clubs, JROTC, cloggers, horses, all followed by Santa Claus riding on a Winchester fire truck.

This year, groups can join the parade for free, but there is a fee if they want to be judged, he said. Winners can earn $500 for first place, $250 for second and $100 for third.

“We’ve had a great response,” Burtner said. “A lot of people will be entertained by the parade. It will be a good, long parade.”

To register, click the link on the left side of the city’s webpage, www.winchesterky.com.

Getting ready for Christmas

Bryan Ausilio untangles a strand of Christmas lights as be decorated Friday morning along Boone Avenue. While others were finishing... read more