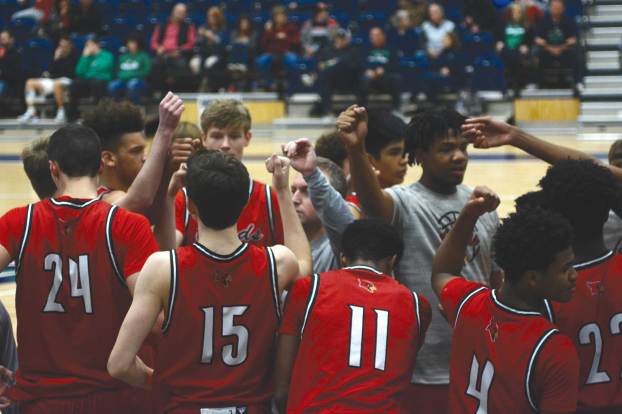 Basketball season for George Rogers Clark tips off tomorrow, Dec. 3 for the boys and girls teams in a doubleheader at Letcher Norton Gymnasium.

The girls team will start the night with a matchup against Mercer County at 6 p.m.

This will be the first matchup between the two schools since meeting in the state semifinals in the 2018 Sweet 16. The Cardinals fell 44-27 to the eventual state champions.

After winning their state championship — and second title in two years — the Titans lost their head coach, Chris Souder, who is now at South Laurel.

Mercer County’s success dropped off after their coach left, finishing last season 20-11 and falling in the first round of the region tournament.

Robbie Graham is back for his eighth season as head coach of the Lady Cardinals. Graham is 4-3 in season openers at GRC, with wins in four of his past five seasons.

The Lady Cardinals are coming off back-to-back-to-back state tournament appearances. Each of the three seasons, the Lady Cards have lost to the eventual state champions, including Mercer County twice.

A likely matchup with Yeast is Brianna Byars. Byars, a freshman, also saw lots of playing time last season as an eighth-grader. Byars was one of two players for the Lady Cardinals to play in all 36 games last season. She averaged 5.3 points and 4.3 rebounds per game, but expect those numbers to take a leap this season as her role increases.

The boys basketball team will play the second game of the night, tipping off after the girls game ends. The tip is scheduled for 7:30 p.m.

The Cardinals will take on the Bath County Wildcats. Bath County is coming off a 12-21 season which they fell in the first round of the region tournament.

The two teams met in the season opener last year with the Cards coming away with a 98-55 victory.

GRC’s head coach Josh Cook is entering his fourth season as head coach of the Cardinals and has a 2-0 record against the Wildcats during his tenure.

Their team does have experience with seven seniors on the roster. Two of those seniors, guards Ryan Leach and Brooks Williams, will need to have big seasons if the Wildcats want to find success.

GRC’s Jared Wellman and Jerone Morton will be two of the players who matchup with Bath County’s Leach and Williams.

The two Cardinals are coming off big scoring days from their final scrimmage in the Zip Zone Classic. Wellman led the Cardinals with 25 points and Morton was the second-leading scorer with 23 points.