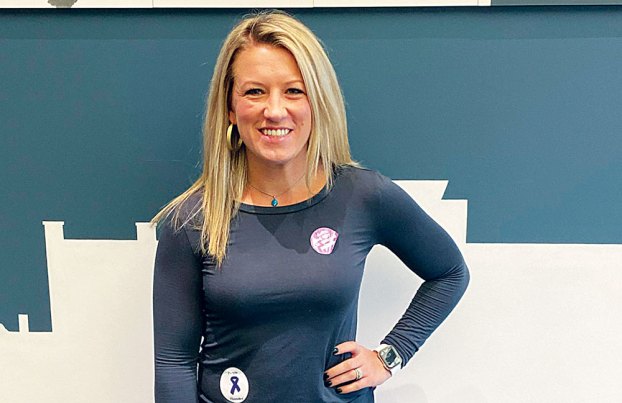 For years, Clark County hasn’t had a victims’ advocate.

But that time is over, as Ryann Lashea Champ resumed the previously vacant role this week.

The office hired Champ to fill the victims’ advocate role as part of the grant, which had previously been vacant for many years. Champ officially started her new role this week; she works from the county attorney’s office in the judicial annex at 17 Cleveland Ave.

“For me, I really want to help [victims] gain back being empowered and taking over their life,” Champ said.

Champ graduated from George Rogers Clark High School in 2009 before heading to the University of Kentucky where she earned a bachelor’s degree in corporate communications.

She worked alongside her parents in ministry for some time before starting work in the court system at the start of 2019.

“My family and I have always been service-oriented,” Champ said. “I grew up in ministry, and so I’ve always had a heart for the broken… I already do this stuff with people who go to our church or don’t go to our church, people who are just like, ‘Hey, can you pray for me.’ Even though this isn’t a ministry, I can still help people navigate through going through those difficult times.”

In preparation for the victims’ advocacy role, because Champ knew the county was going to apply for the grant and restore the office, she took part in multiple trainings for victims’ advocacy.

In her new role, Champ provides services to crime victims in Clark County, such as victims of assault, homicide, rape, domestic violence and more.

“I’m going to be helping and supporting victims navigate through the confusing and sometimes frustrating legal processes, and also connect them to resources like GreenHouse17, [Mountain Comprehensive Care Center] … and things of that nature,” Champ said.

Despite just being on the job for a few days, Champ has already heard positive feedback from the people she serves.

“I did have a father … he said that he appreciated us being here for him and his daughter,” Champ said. “And to me … that felt really great.”

Another part of the job, Champ said, is ensuring victims of a crime are not revictimized by the system.

Champ said it’s the little things that can mean a lot to a victim, such as just being a listening ear or guiding them through breathing exercises before court. Champ said legal proceedings can often be traumatizing for victims, so her job, in part, is to minimize additional trauma and to be there for her victims in any way she can.

Champ said it is also exciting and challenging to restart a program.

“I’ve been trying to shadow and get in touch and make connections with other victims’ advocates and people from the attorney general’s office … just to see what their processes are, what they do and to build those networks,” she said.

Outside of work, Champ is a sports mom to her two children, and she’s highly involved with her church, Lighthouse Church of God.

Champ said she looks forward to seeing how her role will grow. She envisions incorporating public education into her role, she said.

As for now, Champ is just settling into her new role.