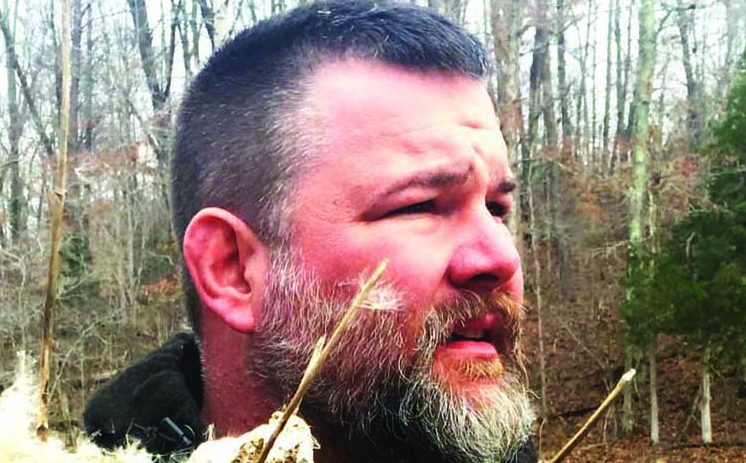 Craig Caudill is a lifelong resident of Winchester and serves as director of Nature Reliance School.

Did you say karst?

For many years I heard the word “karst” when I was around geologists, engineers, surveyors, spelunkers and such.

To be quite honest, until more recently, I only had the smallest of insight into what a karst system is.

When people think of Kentucky, there are many things that come to mind.

Unfortunately, one of them is not geology. That is incredibly unfortunate because Kentucky is literally one of the most unique places on Earth as it relates to karst systems.

Karst is a word of Slavic origin which means “stony, barren ground.” This origin is a bit misleading because geologists have adopted the word karst to reference the entire landscape of an area that contains numerous rock outcroppings, caves, sinkholes and similar terrain features.

There are two things I want you to have as takeaways from this column. The first is how karst systems are formed, and secondly why this is so important to each of us and should not be ignored.

Mix in some precipitation, add some limestone and throw in heaping amounts of gravity and you will most likely have a karst system.

Rain is slightly acidic, and rain mixed with soil is only slightly more so. As weakly acid precipitation gets into the subsurface of the ground, it slowly erodes small cracks in the underlying limestone, dolomite and other geology that erodes over time. This is because water eventually flows to lower elevations because of gravity.

The underground systems are fascinating to me.

Mammoth Cave has been labeled the longest known cave system on Earth and is currently measured at 365 miles documented, but that number grows regularly as new passages are discovered.

The Red River Gorge is made up of sandstone and limestone cliffs we can easily see without going underground. These exposed areas and the numerous land bridges found there can be seen because water has eroded the area, for periods of time that are hard to contemplate.

There are two local features to us here in Winchester worthy of your consideration as it relates to these karst systems.

The first one requires you to think about how far apart Walmart is from the Lower Howards Creek Nature Preserve near Hall’s on the River.

Now think about this: the precipitation that falls on the parking lot at Walmart, most likely makes it way to the Nature Preserve. Many thanks to my buddy Karis Pumphrey who pointed this out to me.

So, all the oil droplets from cars, waste, etc., that hits that parking lot will eventually make its way underground and into an interconnected karst system that we never see.

Secondly, remember the two oil spills that occurred when Marathon Oil’s pipeline burst here in Winchester? Both of those pipeline breaks released oil onto the surface of ground.

The first one also dumped into Two-Mile Creek. The second was heading directly to a series of sinkholes that led directly to the Kentucky River.

The same Kentucky River that is ours, and many others’, primary source for water.

So, for us who live a rural lifestyle, we need to protect the sinkholes on our farms and not use them as dumping stations like so many have in previous generations.

Using them as dumping stations for garbage, deceased livestock or similar means we are directly dumping that into our water source.

We obviously have water cleaning facilities, but why not do our part to keep it clean for all of us anyway?

For us here in Winchester, the answers are easy because most of it goes to and comes from the same place: The Kentucky River.

I hope to see you on or off the trail.

Craig Caudill is a lifelong resident of Winchester and serves as director of Nature Reliance School. He is the author of “Extreme Wilderness Survival,” “Ultimate Wilderness Gear” and “Essential Wilderness Navigation.” Contact Craig at info@naturereliance.org or through any of the various social media platforms available.