Webster fulfills passion for helping others with local police career 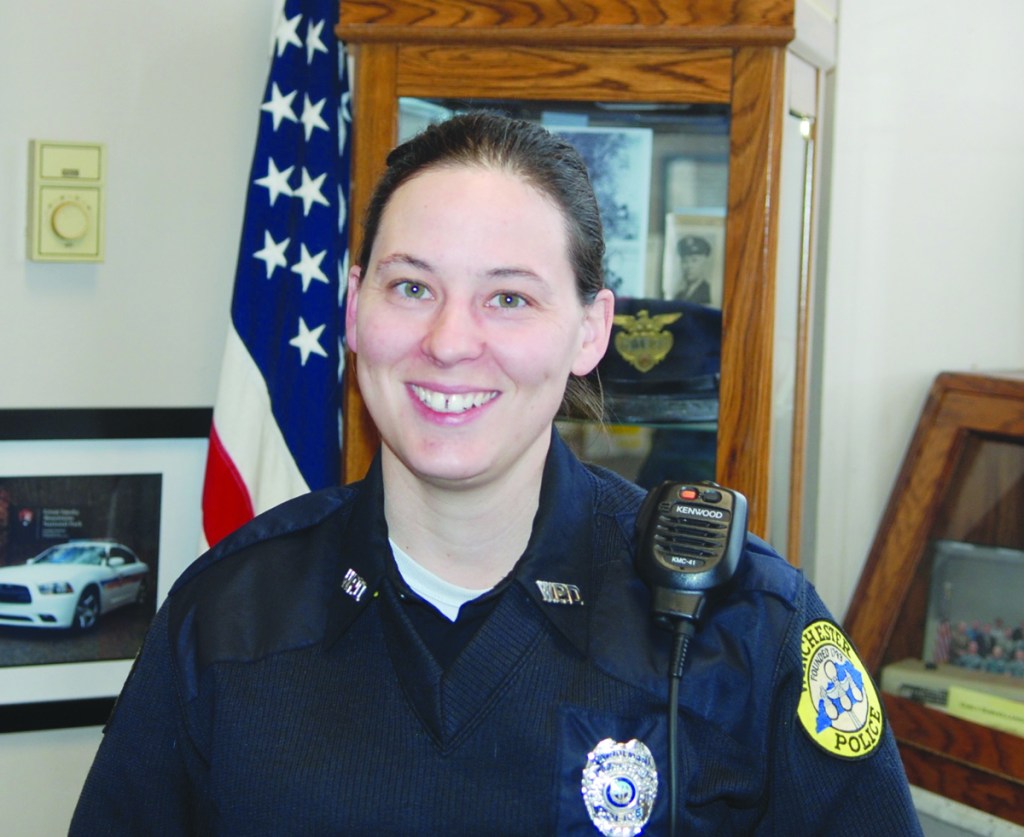 Kelly Webster has known she wanted to be a police officer since she was 4.

“There were a lot of reasons,” the three-year veteran Winchester Police officer said. “I wanted to help people, of course. My dad always said if you need help, find a cop.”

And she started watching “Cops” on TV.

With those inspirations, the Irvine native knew what she was going to be when she grew up.

Webster said her family has a long military tradition, but none in law enforcement.

Her career started with a stint in corrections.

“I worked at the (Clark County) jail for about a year and I worked in Fayette County for about half a year before I got this job,” she said.

A lot of the corrections experience transfers to police work, she said, particularly in treating and relating to people with mutual respect.

“I gained a lot of experience and knowledge about the community,” she said. “Now that I’m on the streets, they remember and treat me with respect. It bridges a gap… You get to see them as people rather than criminals. It makes you a little more compassionate.”

Those people skills come into play every day, and in every situation from the routine to the charged, especially domestic calls.

“No matter what you do, you’re walking into a situation that’s heated,” she said. “You’re doing your best to make sure no one gets hurt.”

If a person is hurt and someone has to go to jail, other family may be upset as well, she said.

Officers don’t always have the chance to process between calls, which unintentionally may come across as being rude or terse.

“Sometimes we get a difficult call and right after we may have a traffic stop,” she said. “They may see something on our face and think it’s directed at them. We may have just had to fight someone and we don’t have a chance to breathe or shake it off. We’re people too. We certainly don’t intend to be rude to anybody.”

Even after 26 weeks in the academy, Webster said she didn’t realize how much police officers are in the community.

“I didn’t expect how much the police are in the public eye,” she said. “Bright side, during parades you get to pet dogs and such.”

Shop With A Cop set for Sunday