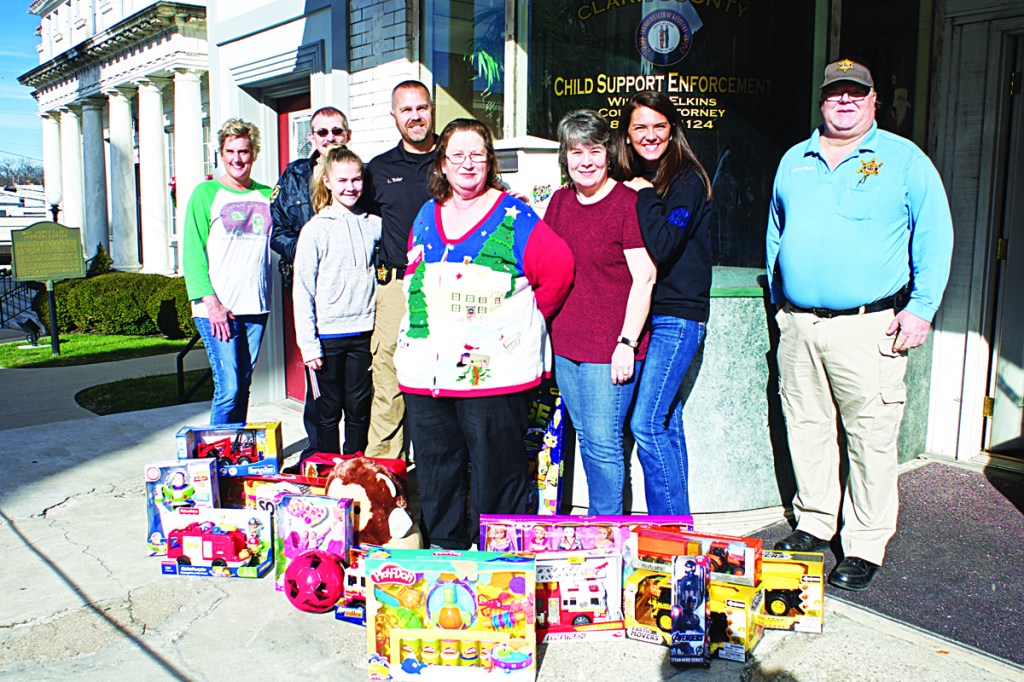 More than 100 children went home smiling with a brand new toy in hand thanks to a partnership among county organizations.

The Clark County Constables Association, the county attorney’s Office, the child support staff, judge-executive’s Office and the Clark County magistrates donated and collected toys to give to children.

Children up to 12 years old picked out toys Monday at the Clark County Child Support office on Cleveland Avenue.

The community donated everything from art sets to board games, Buzz Lightyears, bikes and more.

The toy drive was open to any child in Clark County. The only stipulation was they come in and pick out the toys themselves.

Clark County Constable Doug Woodall said the constables always do Shop With A Cop, but they wanted to do something a extra this year.

The constables decided to partner with other organizations to do their first-ever toy drive, and Toler said he is excited to make it bigger and better next year.

Toler said he would like to expand the toy drive next year to include a coat drive and a warm shoe drive.

He said he has enjoyed seeing all the children light up at picking out a toy, and he is thankful to everyone who donated.

Last Saturday, the constables stood outside Rural King for several hours in the cold asking for toy donations, and the community didn’t disappoint.

“We were real pleased with the turnout,” Woodall said.

Constable Jerry Edwards said there were several people who went to Rural King just to purchase toys to donate.

“It was a steady flow,” he said. “We filled up three cruisers.”

Woodall said he was thankful for Rural King for allowing them to set up shop at the store to collect donations.

Woodall said he was happy to be a part of the toy drive.

“I think it helps kids see law enforcement in a different light. Instead of just being the people that arrest people, we’re there for them, and we’re willing to do whatever is necessary to help them have a merry Christmas,” Woodall said. “We don’t feel like any child should have to do without food, clothing, toys.”

“Being a peace officer here in our county, we serve our community, but we want to look at other ways to serve them rather than just law enforcement duties,” Toler said. “We wanted to be able to to serve children that are in need, and that need a blessing.

“We were able to do that with this program, and we hope to continue it for years to come.”