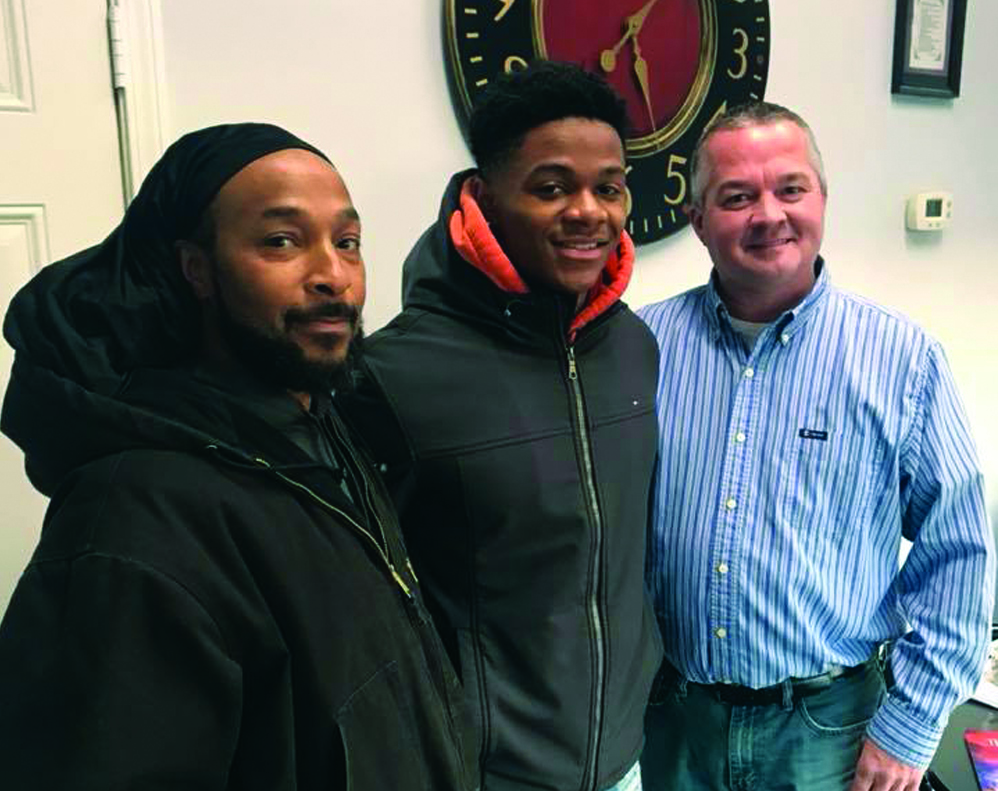 The NUC All-American game in Panama City, Florida, brings together some of the best athletes from around the country, and Clark County is home to one of them.

George Rogers Clark High School’s star running back Azariah Israel will head to Florida this week to play in the All-American game.

“The game is really exciting for me, to be able to play with a lot of great players in the nation and to have the opportunity to get out there more,” Israel said.

Thousands of college coaches watch the game, so Israel said he plans to play hard and hopefully, catch their attention.

“I’m really just trying to get colleges’ attention, and I’m hoping I get a lot of playing time and get to showcase my talent,” he said.

Israel was chosen for the Kentucky all-state football team, which Israel said was one of his main goals for this year. He will play on the second team. Israel was chosen as he was third in the state in rushing yardage after amassing 2,839 yards and 30 touchdowns over the course of his junior season.

Israel has also won the 6A District 8 Player of the Year award and was named Sports Zone Player of the Year by LEX18 News last week, a state-wide award that featured seven other football players. Israel won the award with more than 14,000 votes.

“With Sports Zone Player of the Year, I wouldn’t have got it without the support of this town,” Israel said.

Dale Hatton, sales manager at Millennium Motors, said the business wanted to honor Israel’s accomplishments and make sure he didn’t miss the chance to show the rest of the country how great Clark Countians are.

“One of the kid’s friends contacted me and messaged me and asked if there was anything I can do to help, he’s going to Panama City to play in the All-American game, and I thought I would try to make it possible for him to do it,” Hatton said. “I went to school with his dad, and he’s a great kid, so I thought we would raise the money for him.”

After Hatton posted about collecting donations on Facebook, the $1,000 goal was met within two hours.

“I thought it was remarkable how much the community came together,” he said.

Hatton said he was happy to be a part of it, and he knows Israel makes Clark County proud.

“It’s a once in a  lifetime opportunity for this young man to be able to do this,” Hatton said. “He’s worked really hard, and he’s represented Clark County really well this past year. There’s several college scouts usually down here, so it’s going to help him get into a big college and play ball for them.”

Israel said he is humbled by the support he’s been shown throughout Clark County, especially seeing how quickly people come together.

“It was amazing,” he said. “One thousands dollars in two hours from whenever they posted it on Facebook. It was just really amazing to see how many people support me.”

Israel heads to Florida Thursday. An exact time for Israel’s game has yet to be released.

As for next year, Israel’s senior season, Israel said he hopes to keep the momentum going. He’s broken a few school records this season, and hopes to do it again next season.

Israel said he also hopes to go beyond just being a running back and to get some time on the field playing defense.

“I just want to be able to make a big impact on both sides of the ball and have a better season than this year,” he said.